Happy New Year from down here in Australia, where I'm spending my first day of 2021 writing a chapter about several shareware games from the early 90s.

I didn't progress as far as I'd hoped on writing in December, but I now at least have words on the page for every chapter, four of which are nearing (or already at) a point of completion, and interviews wrapped up with five more people than a month ago.

On a related note, I thought it'd be nice to dedicate this update to sharing a few neat things I've learnt in my research and interviews recently.

Let's start with MVP Software. They were similar to the big shareware publishers Apogee, Epic, and Ambrosia in that they primarily published shareware games made outside of the company, but their target audience was more along the lines of what we'd today describe as "casual". Their most successful titles tended to be parlour games (like Cribbage, Bridge, Hearts, etc) and puzzlers, but they had a big hit with the flight simulator Corncob 3D and they published games across nearly every genre — even including a couple of sports games, which was a rarity in shareware.

MVP's founder and president Dave Snyder died in a car accident in 2007, but I interviewed his son Chris recently. Between his memories of his dad's business growing up and the old materials he found, Chris was able to fill in a lot of detail for me about MVP's operations and business. The company earned enough money to serve as a full-time job for Dave for around a decade, through a combination of shareware registrations, retail sales (they had boxed versions of many games sold in big chain stores like Walmart), and contract work.

Chris found several things of interest in storage, including a remarkably-frank and transparent company newsletter — which you can see a page from below: 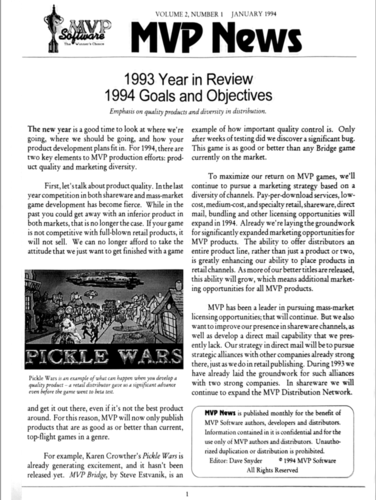 ...and two snow globe awards from the magazine and web publishing giant Ziff Davis (then owners of GameSpot, Computer Gaming World, EGM, and various other games mags, as well as the web.archive.org/web/19970403030018/http://www.hotfiles.com/ "ZDNet Software Library" download site), which gave out annual shareware awards for a few years in the 90s. 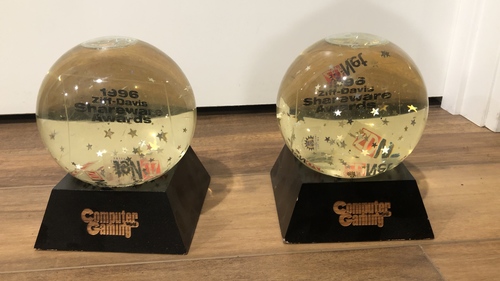 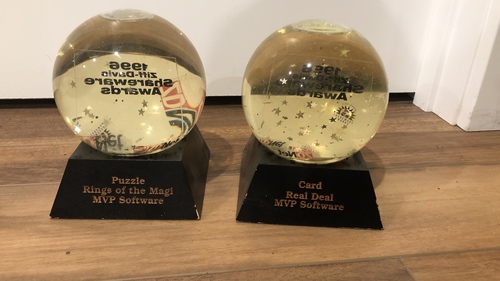 Those of you who've been following my research into the history of Mac gaming will be pleased to know that one of the recent interviews was with Cap'n Magneto creator Al Evans. Cap'n Magneto was one of the first games on the Mac with scrolling graphics, and it was an excellent free-roaming adventure to boot. I'll be covering it in Shareware Heroes as an early example of the shareware gaming scene (as it was developed from 1983 onwards and published on Mac in 1985). I mention it here because I recently found Al's first public mention of the game, in a magazine tutorial he wrote about an animation technique on Apple III computers, as well as the ad he took out in that same magazine a few months later for the mail-order Apple III release. I have screenshots of both below. 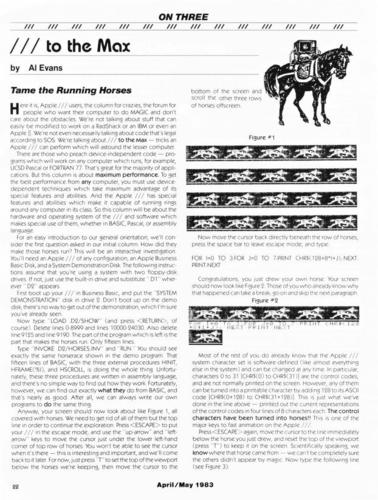 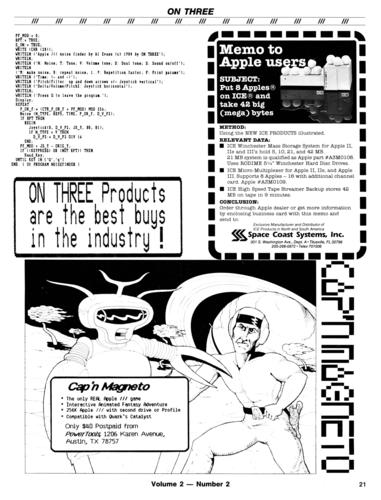 On the subject of early shareware, it was also a delight to exchange several emails with Alan Farmer. He created early shareware platformer Willy the Worm, a popular DOS game from 1985 that was actually a remake of an unpublished Radioshack Color Computer game of the same name that he made in 1983. It turns out he made the shareware version because he'd been downloading some games off his local bulletin boards that requested "donations" from players, which reminded him of a marketing concept he'd seen mentioned in a 1984 Rainbow magazine advertorial: 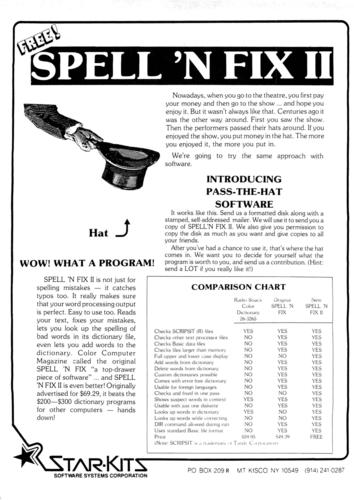 Now, back to writing. Hopefully next update I'll have a complete or nearly-complete manuscript to tell you about.

A first edition copy of the hardback, plus the ebook.
Pre-order this reward
£10
112 pledges