December update (we have a new book subtitle!)

I don't have a lot to share for this end-of-year update, but the news is good:

First up, not long after I published last month's update my editor at Unbound came to me with a proposal they'd cooked up internally for a change to the book's subtitle. Before I tell you what that is, let's step back a moment for context. The original subtitle I'd come up with was Independent Game Development at the Dawn of the Internet, which reflected the origins of my idea for an expanded, multiplatform, book-length take on a chapter I wrote for The Secret History of Mac Gaming about the Mac shareware scene. In that book I really focused heavily on game developers, and so I figured that if I were to write a similar book on the shareware scene then I should put that right into the title.

My commissioning editor then shortened it to Independent Games at the Dawn of the Internet. I thought that still worked, even as the book subsequently evolved to offer a singular narrative on the people and ideas of the shareware games scene and the many deviations that were tried on the pure shareware model, because it was still essentially about indie games before we had the term indie.

But it wasn't a perfect fit, and while for me that title was rusted on and satisfactory, for the team at Unbound — with their fresh eyes on the manuscript — it was an uneasy fit. We had Heroes in the title, sure, but it didn't give a completely clear and accurate impression of exactly what this book is about.

So they proposed a new subtitle: The renegades who redefined gaming at the dawn of the internet.

Not just "heroes" of the shareware movement, the people in my book were renegades. They shunned the traditional order of software sales and distribution. They invented new ways to operate and to reach their audience, and their ideas uprooted the traditional models they had defied. Now we have a subtitle that fits it to a T.

So the full official title is now "Shareware Heroes: The renegades who redefined gaming at the dawn of the internet". I hope you like it.

With the new subtitle we also have a new cover design, which I just approved this week after a few tweaks. I'll be able to reveal that and talk more about it in the next update.

In the meantime I've also been finalising the library of photos and scans that we have to draw from to integrate into the chapter text (where we'll also have a smattering of screenshots to help you visualise some of the games that you're reading about) and to use in the colour plate section we'll have in the middle of the book. Shareware game development tended to be such a solitary pursuit that most people don't have any relevant photos, but the pictures I have been sent are fantastic. I'm pushing for the inclusion of some pictures of shareware media, too, like floppy disks and game boxes and official hint books and the covers of books that were dedicated to the shareware scene, as I think these showcase the variety and diversity of shareware in a more tactile form. Case in point, here are two photos of registered versions that were manually copied onto the disks by their creators: 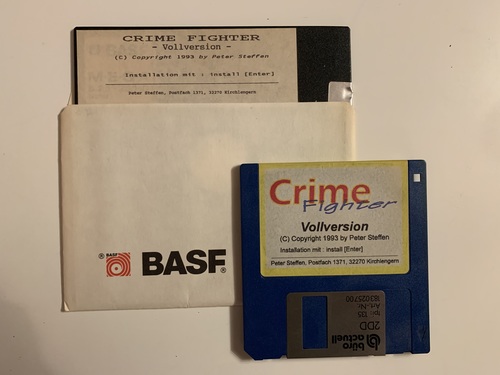 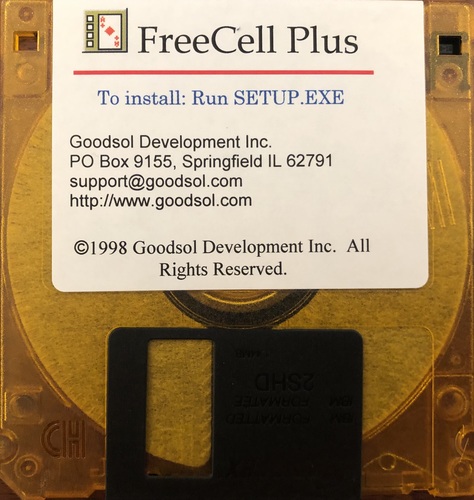 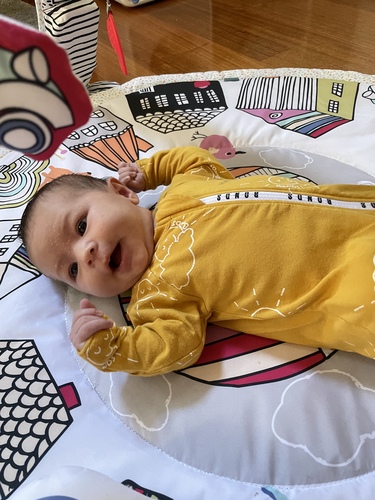 Congratulations on your family expansion :)

Thank you for the updates - the new title sounds good and will probably also help with the sales ;-)
And congratulations on your cute daughter!

A first edition copy of the hardback, plus the ebook.
Choose this reward
£10
99 pledges