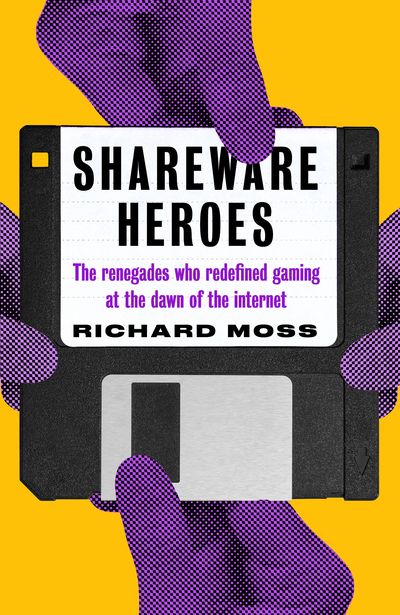 Shareware Heroes takes readers on a journey through a critical yet long overlooked chapter in video game history: the rise and eventual fall of the shareware model.

As commercial game distribution professionalised in the 1980s, independent creators with scant resources or contacts were squeezed out of the market. But not entirely. New technologies and distribution concepts were creating a hidden games publishing market – one that operated by different rules and that, at least for the first several years, had no powerful giants.

It was a land of opportunity and promise, and a glimpse of the digital-first future. This is the story of the games and developers who relied on nascent networking technologies combined with word-of-mouth marketing in an era before social media.

Building on deep archival research and featuring interviews with creators, developers and other heroes of the shareware age, Richard Moss – author of The Secret History of Mac Gaming – once again brings to light a forgotten but all too important era of game development.