Serving Up: Essays on food, identity and culture

A new and vital food-inspired anthology examining the politics behind what we eat.

Introducing Lee Tran Lam - one of our amazing contributors for the #ServingUp #crowdfunder w/ @unbounders! 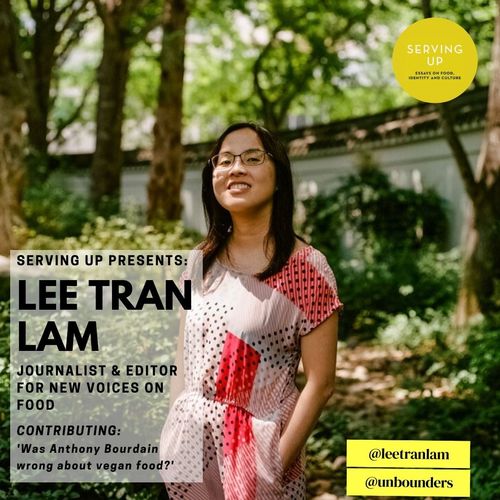 Synopsis:"Vegetarians, and their Hezbollah-like splinter-faction, the vegans, are a persistent irritant to any chef worth a damn." Bourdain famously dismissed non-meat-eaters for being killjoys with weak immune systems, and being rude and unwelcome dinner guests. "You’re at Grandma’s house, you eat what Grandma serves you. Being a vegan is a first-world phenomenon, completely self-indulgent,” he said. But my grandmother was a Chinese-Vietnamese Buddhist vegetarian - the first person I knew to not eat meat. And in Sydney, vegan food scene is incredibly culturally diverse nature and inspiring, drawing on the owners' culinary heritages to offer fascinating menus: there's *one street alone* that has a vegan Palestinian cafe, a vegan souvlaki joint, several Vietnamese vegan eateries, a Naples-approved vegan pizzeria, a vegan sushi eatery that also makes amazing allergy-friendly Japanese sourdough doughnuts from rice flour that they grind on-site. Beyond this, there's also an Egyptian vegan street food eatery (inspired by Egypt's national dish – koshari – which happens to be vegan) and a vegan soul food business that shows how American soul food has more plant-based origins than you'd think. It's the very opposite of the joyless food Bourdain envisioned, and instead of being a rude imposition, Sydney's vegan food scene is very inclusive, fascinating, wide-ranging (and delicious)! Your grandmother might even approve.

First edition paperback, with a bookplate signed by Zoe Adjonyoh.

Five first edition copies with bookplates signed by the editor, for you to read with your bookclub or friends. 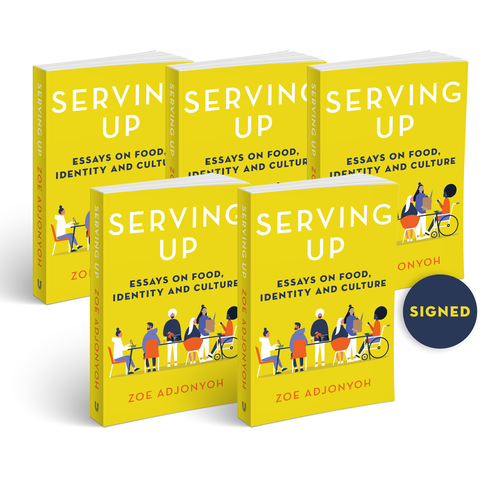