A psychological thriller that explores whether evil is born or made 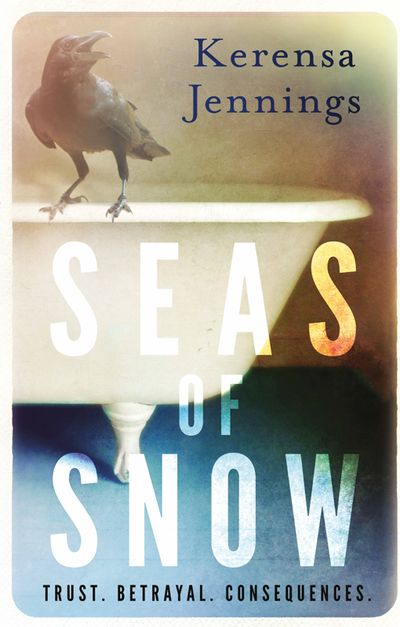 Crime | Fiction
You made Seas of Snow a reality. It's available in all good book stores now.
$8
47 pledges

Everything up to the collectable level, plus two tickets to the launch party
$375  + shipping
1 pledge

Everything up to the collectable level plus a place on a storytelling masterclass, led by Kerensa. London only, travel not included
$750  + shipping
5 pledges

Everything up to the collectable level, plus a special thanks for your support at the front of the book
Limited to 5
$1,500  + shipping
4 pledges

Dinner at The Ivy

Everything up to the collectable level plus dinner with Kerensa at The Ivy Limited to 6
$3,000  + shipping
1 pledge

Harnessing the power of story is one of the most effective things companies can do to win hearts, minds and custom. Kerensa will draw on her experience through her career at the BBC and as Director of Strategy at Seven Hills and share some of the secrets of the trade with your senior team (90 mins session, London only)

Is evil born or made?

Seas of Snow is a story of broken trust and shattered dreams. Of consequences. Of a life lifted and liberated by poetry. Of a life haunted by darkness and lived in fear.

This is the tale of Gracie Scott, who becomes fascinated by the work of Rainer Maria Rilke and delights in his words for guidance and succour. But when her psychopath uncle Joe enters her life, is poetry enough?

Alternating between contemporary North Tyneside and around the time of World War Two, Seas of Snow dances through time, backwards and forwards between the literary reveries and troubles of the young girl, and the old woman of today, frail and isolated in a nursing home.

Seas of Snow is a bleak psychological thriller about trust and betrayal told with a distinctive and complex narrative voice.