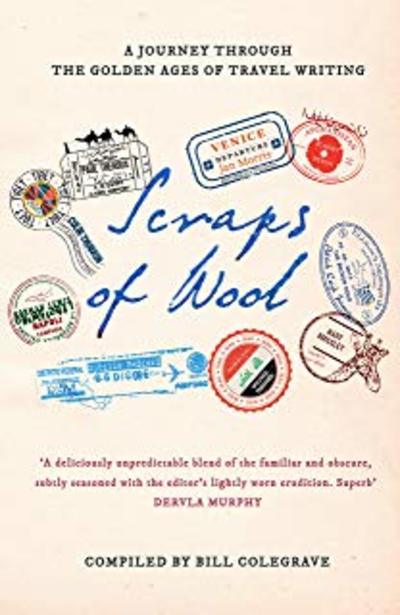 An anthology of the finest of travel literature

A celebration of the finest travel literature,

A collection of the passages, stories and moments that have inspired our finest travel writers and their readers

‘Of all the world’s books, the best stories are to be found between the pages of a passport’

Scraps of Wool will be a classic celebration of the genre, bringing into one volume passages that have enthralled and excited generations of readers. This is not a reference book, but a book to be read; each piece, a story, a memory, an inspiration.

Scraps of Wool celebrates inspirational travel writing. It has been compiled using the choices of today's greatest living travel writers, plus, via social media and links with the Fellows of the Royal Geographical Society, with the reading public itself. The crowd funding and the crowd contributing are working hand in hand. Now Unbound subscribers can also contribute suggestions.

The bedrock for Scraps of Wool is passion…the travellers writing about the places that they love; the adventures that have fulfilled them and they want to pass on to us.

“The idea of this book was born when a single paragraph in one of the great travel books sent me to central Asia in 1977, and has been sending me back ever since. It started with my library but has gown into a far bigger project with the enthusiasm and support of the writers and the public” Editor, Bill Colegrave

Travel writing is like “...scraps of wool caught on a barbed wire fence that must be collected, spun and woven into fiction in a book.” Jonathan Raban.