I've spent the last few months writing and interviewing people for my book, finding out lots of interesting things about the history of the park and the many peple involved in making sure that it is there for us all to enjoy today.

One of the reasons I got involved with Bletchley Park to start with was finding out all about the contribution of the more than 5000 women that worked there during World War Two. I got to interview one of those women a couple of weeks ago. 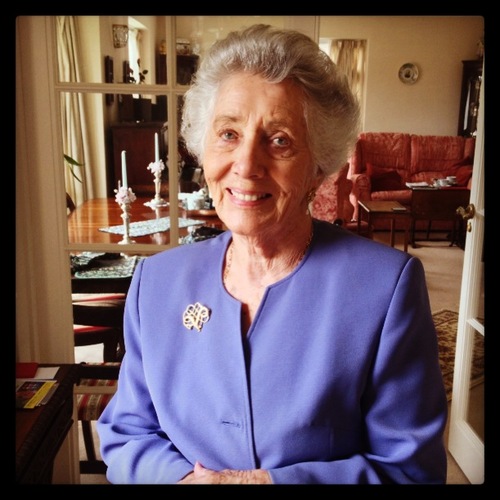 Jean Vallentine was at school in Scotland when the war began, she joined the WRNS in 1942 when she was just 18. After some training at Tulliechewan castle in Dumbartonshire Jean was sent to Eastcote where she became a Bombe operator. Because she was petite a plank of wood was produced for her to stand on to be able to reach the top of the Bombe machine.

After Eastcote Jean moved to Adstock Park and then to Bletchley Park where she worked in Hut 11 and was billeted out at Woburn. Jean said that it was so cold at Woburn that she had to sleep in her quilted dressing gown. Brrr.