A real taste of winemaking - true stories about a wine, the people who make it and the place it's made

The rain didn't stop yesterday, so when the racking and cleaning was finished, we jumped in a car and drove over to Banyuls to taste some wines. Les 9 Caves is a consortium of nine different producers who share space and a general 'natural' winemaking philosophy. It's a cool spot with a wine bar and shop. We sampled a couple of whites and a couple of reds. Mark Antoine, one of this year's stagaires, played a few keys on the piano. I blew out one of my flip-flops on the way in from the car and was limping about like an idiot. Some of the wines were good, others not so much.

After Les 9 Caves we walked (I hobbled) over to Domaine Madeloc. Owned by Rhône producer Pierre Gaillard, the wine is made by his daughter, Elisa. She gave us a tour - it's a tight space, as caves in the centre of town tend to be, but it has a back garden, which was very cool. She keeps chickens and stores bonbons for her Banyuls Tradición. Back in the winery to taste her excellent wines, I decided to go barefoot for the rest of the trip. A bust flip-flop is a stupid thing.

After Banyuls, the team cleaned up and we decided to head to Perpignan for dinner. A wine bar/tapas place called Quartier. It was excellent, with a small, well-formed list, and some excellent bites, including some of the best calamari in the region. We drank and ate and talked about whatever. Everyone seemed to know Andy. We enjoyed ourselves, but didn't go too wild. It was a school night, and even though there were more storms predicted overnight, there would be fruit coming in.

We drove back with AC/DC blasting on the car stereo. We sang along as apocalyptic lightning raged behind the inland mountains, lighting up the sky for miles. It looked like the wrath of Sauron, and we were quietly trying to get back from the Prancing Pony.

Andy and I got home and watched the storm roll in. At first it was just the light show. The thunder came later, menacingly subdued to start with. I tried to take pictures. I'd never photographed lightning before. The shot included was the best of about a thousand exposures.

No more rain for awhile. Still a lot of fruit to come in yet. 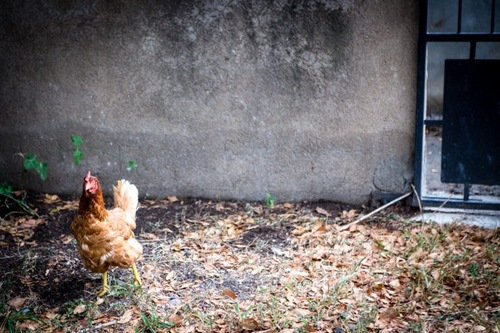 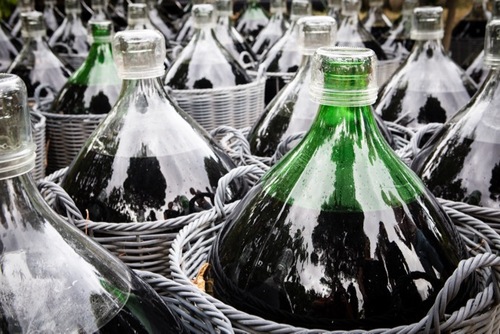 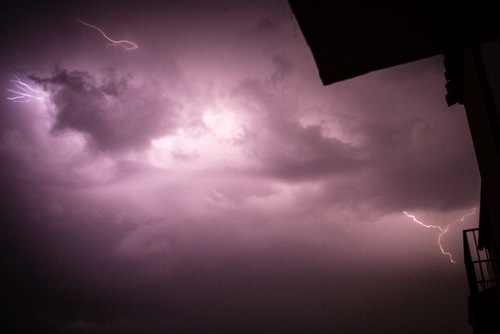 Please support my new novel if you haven't yet - thank you for your help.