Rory Hobble and the Voyage to Haligogen

A boy, struggling with OCD, must journey with his social worker through space to rescue his mother.

Since I was given the news of a deadline a week ago, Rory Hobble and the Voyage to Haligogen has gone from 42% to 52% funded with an additional 35 backers bringing in over £600.00 additional funding to the project. I cannot thank you all enough for your support and for your belief in what this book could do for children suffering with Obsessive Compulsive Disorder (OCD).

I did want to extend a particularly warm thank you to one of my high-profile supporters, Onjali Rauf, who you may know as the author of The Boy at the Back of the Class, which won the 2019 Blue Peter Book Award in the 'Best Story' category, as well as the 2019 Waterstones Children's Book Prize; the book also made the Carnegie Medal longlist in the same year. I consider her to be one of the most important writers in children's fiction at the moment, as she engages with some very serious issues in an accessible way for children. Her most recent book, The Star Outside My Window, addresses domestic violence and I want to take a moment to tell you about another crowdfunder that may interest a number of you. You see, one boy who read The Star Outside My Window has launched a campaign to try and get a copy of this book into every women's refuge in the country for children living there to read. In his words, 'After reading this book I realised that if children living in a Refuge had the opportunity to read it too it may make them feel a bit better that they're not going through this alone.'  It's quite a wonderful goal and if you want to make a contribution then check out his page here - I'm donating just as soon as I'm paid this month. 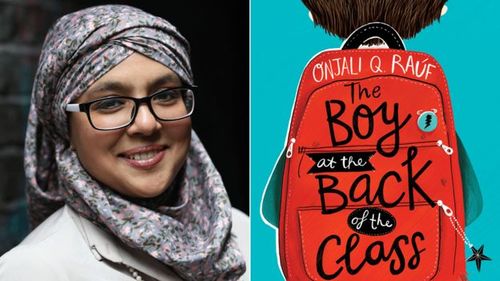 Now, back to funding matters! There is no room for complacency and I have been hard at work - with the continued support of my fellow Unbound authors and members of the OCD community - to reach as many people as possible. Last night, I was up until 1am trying to make progress and I will keep up that intensity right up to the finish.

Crucially, I await a response from a growing number of organisations - some of which I have approached with a request for them to become a financial sponsor, and some of which I have simply asked to share my campaign across social media. I suspect that my chances of hitting 100% for Rory will be vastly improved if one of these organisations comes in with a big-money pledge to get that percentage mark jumping up quite a bit. Fingers, toes and tentacles crossed.

Finally, I must note the fact that it is now OCD Week of Action, which is OCD Action's annual event which aims to raise awareness of the condition and encourage the likes of you and I to take action. Head on over to the website here to see what you can do - oh, and also make sure you nab yourself a free support pack. 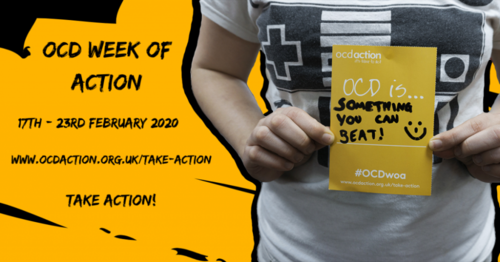 Speak again soon and, as always, please do raise awareness of my project. One person reaching out to others is one thing, but if all 158 of you convinced just ONE person to pledge support then we'd be over the finish line in a snap.