Rory Hobble and the Voyage to Haligogen

A boy, struggling with OCD, must journey with his social worker through space to rescue his mother.

Late Drama! And the End!

19:07*: Max scrolls over the Rory Hobble homepage...71% funded. It changed briefly earlier, but things are slow at the moment. Just days left and, for the first time, Max is not so sure Rory will make it.

*All times hereafter are guesses but are included for dramatic effect, so there.

20:08: Crystal Palace footballer Andros Townsend is on Twitter, tweeting about the Heads Up mental health campaign in football; he has been very active about it over the last few months. Max thinks, 'Hell, let's message Andros and see what happens.' Max sends a tweet asking for help with the book and asking also that Palace stuff Watford on Saturday in their next game.

21:19: Max refreshes the Rory Hobble homepage. The figure of 71% disappears and is replaced with 95%! On Twitter, a lady named Janice Staines has tweeted her support of the book and, at home, I'm excitedly telling my wife and my eldest daughter (who looks dazed). We're going to do it! This is actually going to happen!

And that, dear reader, is the story of how Rory Hobble has secured itself publication. Before I tell you what happens next, let me once more thank each and every one of you for supporting this book. What you've done is spectacular - you have ensured that children with a diagnosis of Obsessive Compulsive Disorder (OCD) will have representation in mainstream literature, and that is something that has only happened on a couple of occasions. You have also ensured that children will see a far more nuanced depiction of a social worker - with a background of care experience themselves - and this is something that hardly ever happens in children's literature.

So, what happens next? When do you get your book? Well, this is publishing and so it doesn't happen overnight, as I'm sure you're aware. Read on for some answers... 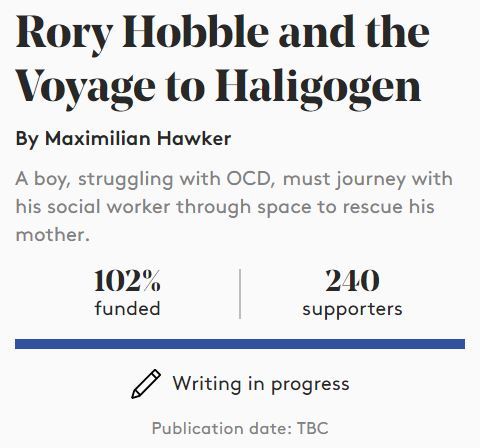 Above: The result...in all its glory.

You'll see from the screenshot above two things that have changed. 'Funding' has become 'Writing in progress' and there is now a 'Publication Date: TBC' message. Now, first things first: the book is written and so the 'Writing in progress' tag is somewhat misleading; what it basically means is that we are in the period before I am assigned to an editor - so try not to take much notice of that. I have a university deadline for the start of April, which I will have to concentrate on now for the next few weeks but then I will be able to submit the manuscript. What then follows is a two-stage process of a 'structural edit' and then a 'copy edit'. The structural edit looks at whether there need to be any BIG changes to the manuscript (e.g. removal or reimagining of a character) and the copy edit ensures consistency, no typos, format looks good, etc. After we're done with the edits, we reach some of the more exciting stages, like cover design, and then after that the book pretty much goes to print and you will receive your copies ahead of general release. My educated guess for the official release date would be Spring 2021, at this stage, just to give you some idea.

BUT...that doesn't mean things suddenly go quiet now with me now. The next year - or the 'pre-release phase', as we'll call it - is going to be exceptionally busy, as I will be going into schools to start talking about the themes of the book; I will attend conferences; and I will try to do some media events. All the while, you will receive a blow-by-blow account of just what happens behind the scenes when a book is published, and I hope that will be of interest.

For those of you who pledged at the 'Name a Character, Alien Creature or Exo-Moon' level or higher, I will be making contact to discuss how you would like to be immortalised in the book, as this will need to be incorporated into the edits. As it stands, 16 of you qualify to have your names appear in the story. For those of you who went for a pledge level where you will receive an alien whale talisman or original artwork, I will discuss with Unbound the best way of getting your 'winnings' to you.

In other news (yes, there is other news), my week or so building up to us reaching 100% was very enjoyable, as I was invited to appear on Poking Books, a literary podcast run by Ellie Harris, producer of the Greenwich and Docklands International Festival, and author/filmmaker Mark Bowsher. The format is simple: Mark introduces an author by first name only and they (the author) give Ellie three unusual facts about themselves and then tell her about three books that are important to them - Ellie then has to guess what the author's book is about. 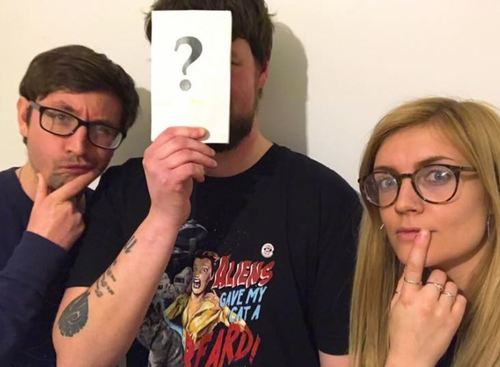 Above: Much curiosity was had.

I had a brilliant time on the show and, honestly, haven't laughed so much in a good while. I really do recommend you have a listen and you can hear all about my experience of a UFO and how I like to dispose of the bodies of pets. Check it out on Spotify or search for Poking Books on Apple or Soundcloud to find it on those platforms. Give Poking Books a 'subscribe' as well, as it really is enjoyable and the hosts do a cracking job.

I also had the pleasure of attending the Central London OCD Support Group where I was able to speak about Rory Hobble to other people with OCD (and a few of their family members). 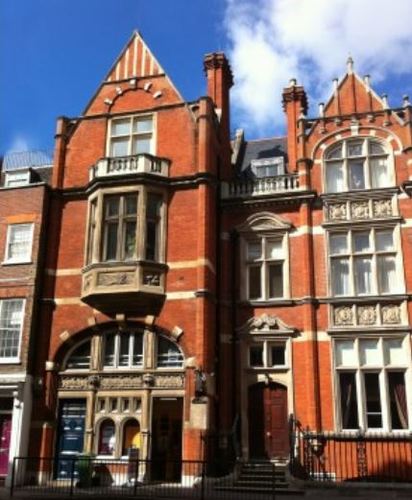 Above: The Abbey Centre in Westminster where the OCD Support Group is held.

I have never been to a support group for OCD sufferers before and, for me, it was a fantastic experience - very enriching and very humbling too. It's not easy to open up about this condition and to hear so many people talking candidly about their experiences was emotional and took me back to a time where my everyday experience of it was a lot tougher than it is now. What also struck me was how diverse a group we were and that we could pass each other in the street very easily and never know we share a diagnosis; it was a timely reminder of the importance of being generous to strangers.

That's a long enough update for now, but I will continue to send updates so you are aware of what is happening and can enjoy seeing the book take shape.

Thank you once more to each and every one of you!

Hi Max, thank you so much for this lovely, lengthy (but said in the best way) update, I thoroughly enjoyed reading it and your excitement properly comes through! If there's anything I can do in my mental health advocacy and or campaigning, please let me know!

So glad you made it and that I contributed in my own small way. I can’t wait to receive my copy.
I’m Mark’s mum and like to support others as I know what it was like when he was trying to get The Boy Who Stole Time funded. The last few pledges seem to be the hardest to get.
Congratulations on your success

Richard - thank you very much for the positive reaction. I am, indeed, very excited about the potential that this project has to achieve and look forward to exploring that potential in the pre-release phase. In terms of support, what will be crucial is to generate as much media attention as possible, so if you have any means of helping with that then I'd be interested in having a conversation.

Jacqui - thank you for your kind words and for your own contribution (every pledge is equally valuable to me). Yes, crowdfunding itself is very challenging, especially when it competes with other commitments, and I'd be lying if I said I wasn't worrying at the end about it being successful. I'll have to score that Hollywood film deal next!