A collection of the best satirical portraits from Martin Rowson’s Twitter #Draw Challenge. 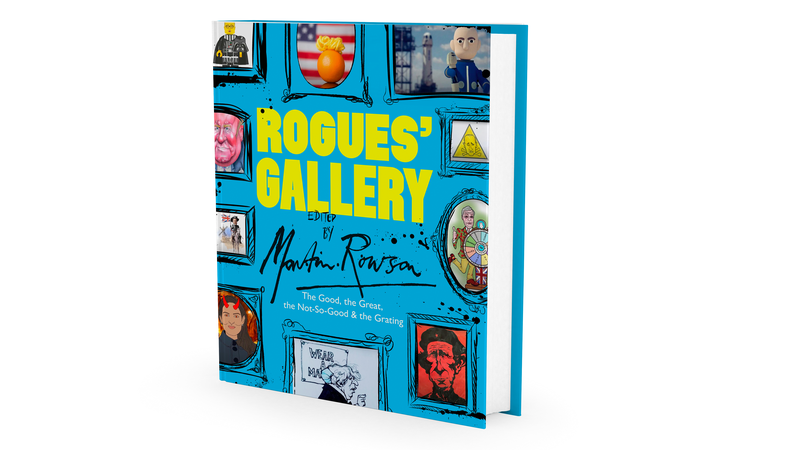 A hardback plus a pack of 8 Rogue postcards for those tricky bits of correspondence.

A first edition hardback signed by Martin plus an A2 machine print of one of four Rogue images: Johnson the Clown, Trump’s Double Quiff, Zuckerberg the Octopus or Priti Patel’s Surveillance Camera. (Choice of print to be specified in post check-out email closer to the time of dispatch).
LIMITED TO 100

A fist edition hardback (336 pages), with decorated endpapers, and a bookmark designed by Martin, exclusive to Unbound.

A signed first edition hardback plus a limited edition ceramic mug carrying a motivating canard from Martin, exclusive to Unbound.
LIMITED TO 50

A signed first edition plus two tickets for the launch party at London's Cartoon Museum and the chance to meet Martin and other contributors while swigging warm white wine and hoovering up Twiglets.
LIMITED TO 50 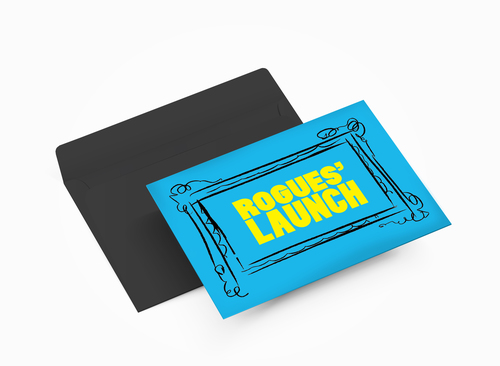 A signed first edition, plus a half-day masterclass in the dark arts of caricature drawing from Maestro Rowson himself. (Venue and date tbc by email nearer the time).
LIMITED TO 12 (a maximum of 4 per session) 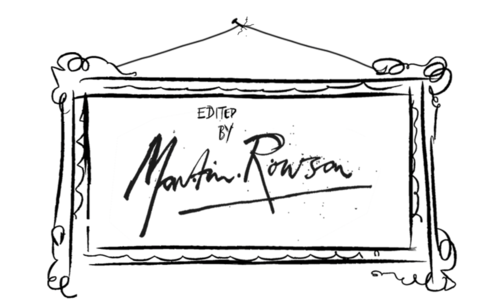 In the winter of 2019, in the depths of that year’s general election, Martin Rowson faced a serious problem.

It wasn’t the campaign itself: its interminable length, fatuous conduct, or likely outcome - after 35 years as a political cartoonist he’d grown inured to such disappointment.

It was the fact that he wasn’t happy about the way he drew Matt Hancock. He knew he hadn’t ‘got him’ – that odd and mysterious process (as the great cartoonist Low once put it) whereby the cartoon looks more like its victim than they do.

His response was to launch the #DrawMattHancock Challenge on Twitter, giving entrants a week in which to capture the Health Secretary in any medium.

In a week he got over 60 entries of finished artwork, and chose a winner, the work of Northern Irish cartoonist and illustrator Colm Campbell (aka 'Nuff') which met all Low’s criteria, but also jemmied open to our disgusted gaze whatever it is Hancock has inside instead of a soul.

Twenty months later, Martin has launched thirty-seven #Draw… Challenges, with absolutely no sign that our ravenous appetite to knock out horrible scribbles of our masters has been sated. From Johnson and Trump to Rupert Murdoch and Jeff Bezos, from Priti Patel and Nigel Farage to Keir Starmer and Vladimir Putin, the entries have rolled in: many from professional cartoonists but even more from brilliant and largely unpublished new artists working in a bewildering range of media.

To date, most of this mesmerising weirdness has only found a home online. Which is why Martin decided what was need was a big, fat book.

Rogue’s Gallery: The Great, the Good, the Not-So Good & the Grating is the result.

And now you have a chance to help Martin make it happen. With the support of the entrants to his #Draw… Challenges he is compiling a lavishly illustrated book containing caricatures of thirty faces by over fifty artists: 300 images in all – a scabrous compendium of satirical elan, a visual gazetteer of our troubled times, preserved on paper, for posterity.

NB: All the artists whose work is featured in the book will be rewarded through the profitshare. The level of profit depends on your support and generosity.

A hardback plus a pack of 8 Rogue postcards for those tricky bits of correspondence.