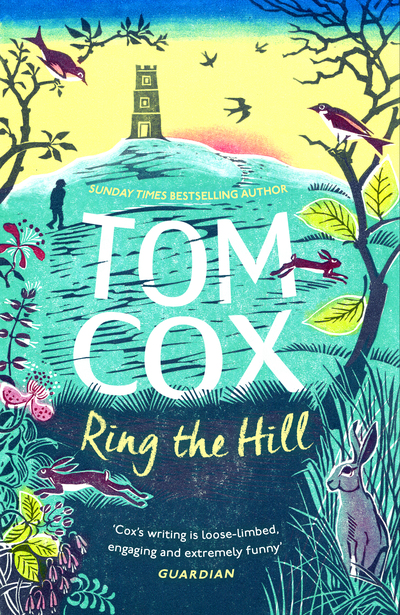 A book about hills. Actually, that’s not true. It’s a book around hills: the magical names we have given hills over the centuries, the legends associated with them, the history hidden in their folds, the exhilarated feeling you get when you’ve walked at pace to the top of one on a crisp autumn day, the perspective they give us on the land, on life.

In 2017, I realised an ambition over a decade in the making: I wrote and published a non-fiction book - a fairly epically sized one, at that - which sat stubbornly outside normal genres and which, for a long time prior to that, people in the publishing industry were telling me was unpublishable. Combining wildlife, landscape, family memoir, social history and folklore, it was called 21st Century Yokel, and became the fastest ever funding book at Unbound, taking just seven hours to reach its target. 21st Century Yokel was my ninth book and probably the biggest turning point in my writing career to date: it gave me more trust in myself to write in the less brandable way I’d always wanted to, adding to a feeling that had begun to develop in my previous two “sort of about cats” books that I was writing just for me, and a certainty that this was ultimately leading to work of which I could feel more proud. It also gave me the confidence to write my first collection of fiction and to do so in exactly the way I wanted to, without worrying where it would fit in. This is called Help The Witch, has recently been published by Unbound, and was a hugely liberating experience that has left me salivating at the idea of writing on a bigger fictional canvas. 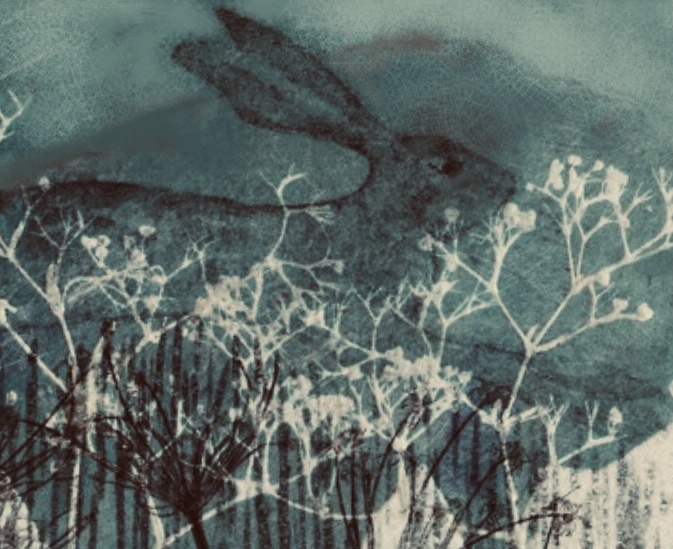 In my 20s and 30s, as a published non-fiction writer frustrated not be publishing fiction, I always imagined that once I finally did so, I’d want to do nothing else, forever. Now that it’s happened my feelings aren’t quite so clear cut. As much as I can’t wait to write more fiction, I have a new kind of excitement about non-fiction too, as my ideas about what it can be have expanded. So these are the facts: I am aching to write the novel that has been percolating inside my head for fuck knows how long. But I am also aching to write another work of uncategorisable non-fiction, too. Nowadays when I decide on the book I’m about to write, it’s not a practical, considered decision, it comes more from a persuasive, all-silencing voice deep inside me that tells me what I need to do. I listened closely to the voice a few months ago and it told me that I need to write a book called Ring The Hill so that is what I have started doing.


What is it about?

It’s a book about hills. Actually, that’s not true. It’s a book around hills. But it is entranced by hill power: the magical names we have given hills over the centuries, the legends associated with them, the history hidden in their folds, the exhilarated feeling you get when you’ve walked at pace to the top of one on a crisp autumn day, the perspective they give us on the land, on life. If I am totally honest, I am not somebody who particularly looks forward to Christmas or my birthday, but I do look forward to discovering a new hill. Sometimes, the night before before climbing a new hill, I’ll huddle up beneath the covers with an OS map, familiarising myself with the shape of the hill, planning my route, then find that sleep does not arrive easily. “I wish it was tomorrow already,” I will think. For most of the last five years much of the travelling I’ve done has necessitated driving up and down the M5: a motorway that slices its way through several of the most significant hill ranges of the west of the UK. In traffic, I have gazed longingly across at many of these hills, fantasising about climbing them, knowing them, then proceeded to just that. But this book doesn't feature the hills of the West Country. There’s a northern hill a European hill, some hills from East Anglia that can barely be called hills at all. Each chapter takes a type of hill - whether it be knoll, cap, cliff, tor, mump or even mere hillock - as a leaping off point. In Ring The Hill, a hill can lead to an exploration of an intimate relationship with a beach, a journey into my own past, a pilgrimage in pursuit of the dead, a lesson from an expert in what goes into the mapping of hills themselves. Because a good walk in the hills is never just about the hills; it will take your mind to many other places.

This is where Ring The Hill is similar to 21st Century Yokel: it’s book about walking in which the stories somewhat mirror the digressive rhythms of walks themselves, the sprawling interconnectivity of conversations and stories thoughts that occur on walks. I’m also interested, as I was with that book, in the idea of what it is to create something psychedelic in the same way as my favourite songs do: a mixing of different colours that has a natural coherence. I am already thinking of Ring The Hill as an LP, one where each track (chapter) is a separate entity, but the chapter order is crucial and forms a sort of narrative, if not a totally literal one. But if 21st Century Yokel was a psychedelic LP from 1967, this is perhaps one from 1969: it has a darker layer underneath it, a little more earth magic. Is it a sequel to 21st Century Yokel? No. 21st Century Yokel was written in a way that it couldn’t really have a sequel. But there a couple of chapters here that I very nearly included in Yokel - one based around two conjunctive narratives on Dartmoor, a century apart, and one which mixes horticulture and the death of two of my cats - before deciding they belonged in a slightly different book which, it turns out, is this one. The two books definitely have a relationship with one another. They’re going to be siblings - maybe step siblings. This one is perhaps a little keener to dig down and excavate something from the land. Also: each book is defined by a strong element of searching, an element of small-scale nomadism which is a big part of who I am.

I was recently talking to my mum about where I might live next, when the tenancy on my current house - which is the 21st I have lived in, and nestles at the foot of a hill deep in the Somerset countryside, as opposed my previous house, which nestled at the foot of a hill deep in the Devon countryside, and the house previous to that, which was on top of a hill deep in the Derbyshire countryside - is up. I said that I still felt at home in the West Country in many ways but felt excited that there are so many other places still to explore yet also often felt a need to be closer to where I’m from. “Where are you from?” asked my mum. She was being provocative, a bit silly, but also made a good point. With the exception of a brief spell in The Proper North, I lived for the first 24 years of my life in various locations in that part of the Midlands which is almost the north, but is still officially the Midlands, but in the nearly two decades since then, have been somewhat rootless. I have started, recently, at times, to feel like a travel writer, but whose travelling is on an ostensibly unexotic, landlocked scale, and is actually my life. That has become a big part of the thrill of these books: finding more out about where I belong and who I am. If I’m not learning new things about myself and the world in the writing of a book, I don’t really see it as being worth writing.

Because 21st Century Yokel has been a successful book, I could probably have written Ring The Hill for a traditional, commercial publisher, but I have chosen to publish it with Unbound, because I know - as they did with both my previous books - they’ll make it look beautiful, and allow me to write it in the way it demands to be written. Traditional commercial publishers will often want you to neaten up the shape of your book a bit too much, or attach a gimmick to it. “This sounds ok,” a traditional commercial publisher might have said to me. “But can the selling point be that you climb each of the hills on a tandem, with one of your old schoolteachers?” At which point I would have declined. “Okay,” they might have then replied. “But can you be really sad at the start of the book, then really happy at the end, having realised that everything is going to be ok forever?” The fact is, the true rhythm of life just isn’t what a traditional commercial publisher stiflingly tethered to its sales department wants it to be. And I want to write about the true rhythm of life, about all aspects of the hill. I want to write a book which doesn’t tell the lie of permanent plateaus. And I don’t want to just write a memoir: I’d rather challenge myself a bit more than that. The genres that society holds us to might be useful for the categorisation and soundbiting of books, but they’re extremely limiting on the imagination. That’s why I’ve decided to invent my own.

The title, incidentally, is an old phrase for hare, from the 13th Century poem The Names Of The Hare, written on the Welsh border. I like it because I love hares - and this book, like my previous one, is not without them - and because of its folkloric nature but also because it describes what the prose in this book does. Additionally, I quite like the idea of ringing the hill in a different way: that a hill is something you might get in touch with in a crisis, big or small… at a point when you need perspective: “Dial 999 and choose option 3, ‘Hill’, to speak directly to a hill.” “Fun hills are waiting to chat just with you. Calls cost 60p per minute peak time!” I am enchanted by many flat landscapes, but I get my comfort from hills. Stand at the summit of a good hill and you get a profound sense of the interconnectivity of the land that you just don’t get when you’re down in the bustle of it, no matter how clearly you’re thinking. Moreover, this, more often than not, will also give you a bigger sense of the interconnectivity of life. In mid Somerset, where I currently live, the hills are sudden, with big flat stretches between them. From their summits, you get more of a tangible sense than in some other counties of what a palimpsest modern life is, of how much the landscape is still countryside, despite progress’s increasing attempts to bludgeon it. You stand at the top, buzzing a little from the climb, and you know the tile warehouses and Costas and telephone masts and tyre fires are there, but there is a sense, too, that they - and we - are just fleeting shadows on top of something bigger and more profound.