Hello to all my backers,

I hope you all had a safe and productive northern summer; if you're in the southern hemisphere, I hope you enjoy the warm weather and long hours of sunshine in the coming months!

The final edits to Itchy, Tasty have been made, and a majority of checks completed. There are a handful of parts that need to be inspected, but we're largely on track to publish in April 2020, the month after the 25th Anniversary of the Resident Evil series! We still have a bit of time to go, but we're doing our very best to deliver you the best possible book!

I have one update today: as previously announced, Cory Schmitz (@CorySchmitz) has been asked to design the cover of Itchy, Tasty based off of the art design by Manuel Perez (@manueldaily), in collaboration with Unbound's art director Mark Ecob (@mecobtweets). The logo has received a major revamp, being more in line with the spirit of the RE brand. What do you think? I love the work these three have done to help bring my book to life visually. Thank you, Cory, Manuel and Mark! 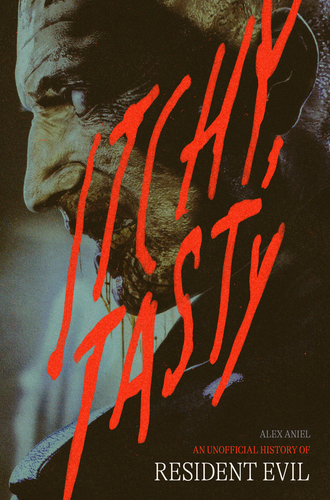 It's hard to believe that nearly a quarter of a century has passed since the earliest RE fans encountered that first zombie, turning its head after it just consumed the flesh of a human being just moments earlier. I didn't get around to witnessing this until 2000, when I first played the series, underscoring perhaps my biggest regret: not getting into RE even sooner than I did.

That's all for today–stay safe and healthy and I hope to have another major update before the end of the year!

I think there's a typo :) I like both original and new covers, I guess this one fits more though

This cover is amazing!
Keep up the good work :) 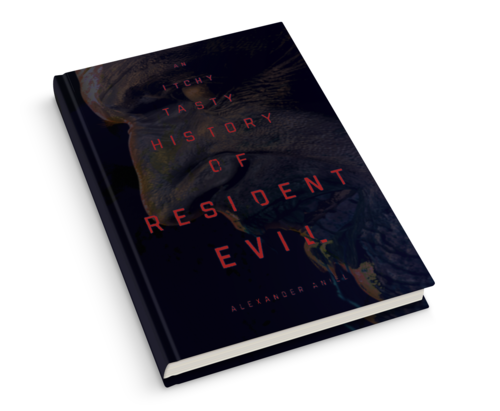