What an amazing start to the funding of this book! Just three days in and we're over 20% already. I can't thank you enough for pledging, tweeting, and posting about the project on Facebook and Instagram, telling people about it, and just in general being so supportive and brilliant about this anthology.

I'll have some more details on the anthology in the next update, but first...

Some #repealthe8th things I've been up to
1. Last Thursday (19th), I took part in a debate at the Philosophical Society in Trinity College Dublin where the motion was 'This House Supports Unrestricted Access to Abortion'. Fellow abortion rights campaigner Anna Cosgrave of the Repeal Project also debated, and the motion passed. I have to say the atmosphere was pretty tense and charged and the chamber was packed. It goes to show how vital it is to keep advocating for this issue even on something as basic as whether access to healthcare should be unrestricted.

You can read about the debate here: http://trinitynews.ie/unrestricted-access-to-abortion-up-for-debate-with-the-phil/

2. The Women's March in Dublin on Saturday (21st) was just so brilliant. Loads of #repealthe8th visibilty at the march, some great speakers, and all round good vibes. What was even more special was going home that evening and seeing that history was being made all around the world; the largest political demonstrations in the US since the Vietnam War, millions of women and their allies coming together around the world, the power of solidarity and joy and resistance, and all on a shared platform of abortion rights globally. What a moment.

3. On Saturday afternoon after the march, I took part in GCN Talks, a panel discussion organised by the Gay Community News about the future of LGBT activism and solidarity with other issues beyond the LGBT community specifically. Ailbhe Smyth of the Coalition to Repeal The 8th (who will be benefitting from the profits of this anthology) was there to outline where we're at with the #repealthe8th campaign and to talk about the importance of LGBT solidarity with women's rights issues. Ailbhe is such a BADASS, I think you'll all agree.

4. On Sunday night, I spoke at a ChoiceBox x HunReal Issues event at the Tropical Popical nail bar in Dublin to a great group of under-18 women about reproductive rights. It was brilliant to be there with James Kavanagh, Ailbhe Smyth, Vickey 'Ragin' Curtis, and of course ChoiceBox and the HunReal Issues to talk to young women about the facts and arguments around repealing the eighth amendment and being pro-choice in Ireland.

Keep sharing information about this anthology! These events and conversations and protests I've outlined above are just a fraction of the conversations and moments of activism that are happening around Ireland all the time, which is why I'm so excited about editing this anthology and capturing such a crucial part of that conversation; the art and literature and creativity that is central to it.

Thanks so much for all your support so far. You are all legends! 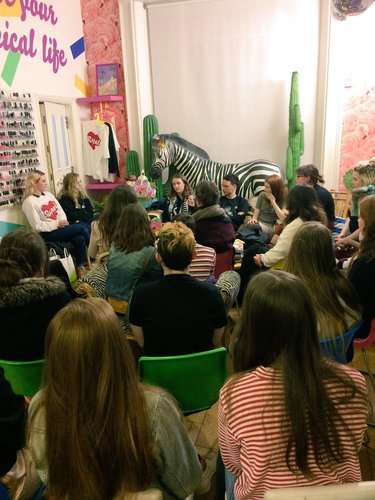 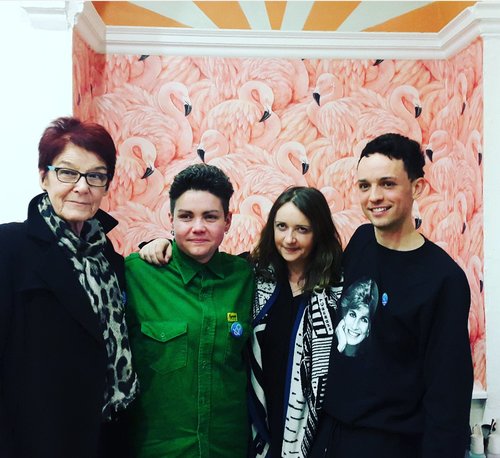 A first edition of the paperback plus the ebook.