Ode to a Bookseller 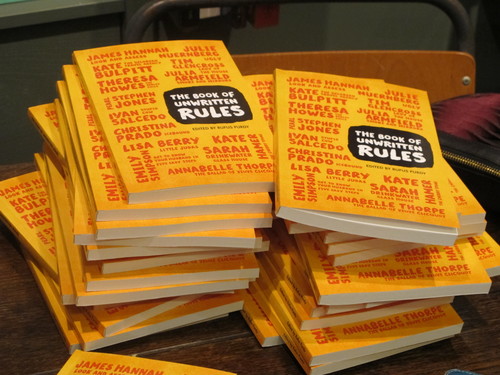 I like to think that our days are much improved by giving credit where it’s due, and always saying an appreciative thank you.  Because really, who doesn’t like to feel that their efforts have been recognised, that their hard work is appreciated?

For a long time I’ve been intending to write a note of particular gratitude (blogging from my own website... which I’ve still yet to set up!).  But I figured I should stop dilly dallying, crack on - and share with you.

Last Spring, some writer friends and I had a short story anthology published, The Book of Unwritten Rules.  We had met on a Curtis Brown Creative writing course in 2011, and remain close.  We’d wanted to collaborate on a project as a group, and thus the anthology was born.  Once written, it was Anna Davis and Rufus Purdy at Curtis Brown who helped the book come to life, and Rufus who not only edited the collection, but organised a launch party at Waterstones’ flagship shop on London’s Piccadilly. 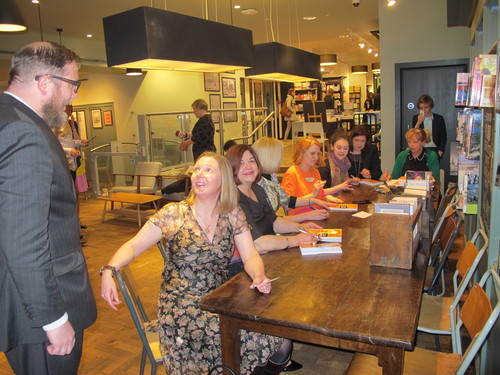 I’d bobbed into my local Waterstones to ask the manager if they might be at all interested in stocking The Book of Unwritten Rules.  Two factors were in our favour: mention of the upcoming launch party being at the Piccadilly store, no doubt lending a company seal of approval, plus the very merry list of our contributors.  While some of us have not yet published novels, our group includes Kate Hamer (The Girl in the Red Coat, The Doll Funeral), Tim Glencross (Barbarians, Hoffer), James Hannah (The A to Z of You and Me) and Annabelle Thorpe (The People We Were Before).  My local store manager was cheery and enthusiastic, telling me they’d be happy to stock the anthology, that I should just send along the ISBN number so they could find and order it.

Buoyed by this support, a thought occurred to me: what if I rang all the Waterstones and asked if they would stock copies?  And so ensued a weekend where I called over two thirds of the UK’s nearly 300 branches.  I developed a brief, jolly pitch; a nutshell that incorporated both the Piccadilly launch party and our already-published roll call.  These things were of course invaluable - as was the immense love for Kate’s bestselling The Girl in the Red Coat.  But as I rang store after store, what struck me most was just how kind, cheery, engaged and supportive every person I spoke to was.  That, truly, is no exaggeration, staggering as it may seem.  Across the country, Waterstones has a book-selling army of polite, enthusiastic and knowledgable staff.  It made my improbable and fantastical task a joy.  Much more importantly, it illustrated how a company can get something so right, proving to be exemplary - and exceedingly, hearteningly so.

Unbeknownst to me then, there was a flaw in the plan (perhaps picture this as an anarchic Gremlin-like Kindle, waiting round a corner with a peashooter).  It transpired that the anthology was not part of the system that Waterstones orders from.  My fellow group member Ivan investigated this - surely there had to be some way we could find our way into the system?  But no.  We were scuppered, and fairly devastated.  So much goodwill, all dressed up - hat on, party poppers in hand, waiting at the door - and nowhere to go.

Thus you won’t have happened upon The Book of Unwritten Rules in your local Waterstones, but not because they weren’t willing to support it.  So thank you - thank you, THANK YOU - Waterstones booksellers across the land.  You are ace, and much appreciated.  And thank you, James Daunt, for employing such stellar, spectacular staff.  Incidentally, I have a list of all the lovely folk I spoke to if you’d like to give any of them a pat on the back, or a gold star!

One last thing before I go: we’re rustling up some jolly new Purple People pledge levels - for which there will be swag (crikey!), including copies of The Book of Unwritten Rules.  More to follow very shortly... 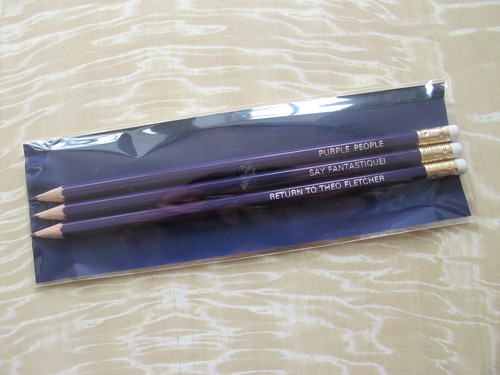