Greetings, Purple People supporters, and (a belated) Happy New Year to you!  I trust you had a suitably tinselly Christmas, and that your 2019 is off to a merry start?

Thus far I’m finding the beginning of 2019 rather like a bag of Revels with an overabundance of coffee cremes... so disappointing when you keep hoping to bite into a toffee yet constantly get dastardly coffee instead.  But there is a small chewy-centred nugget on the horizon (hurray!), as the Purple People edit continues.  Wise editor Craig has provided sound advice and signposts pointing along the best story-hustling route (though sad news: amidst some retro-trimming, the Shakin’ Stevens reference is unlikely to make the cut... sorry, Shaky).  Subsequently my hallway wall has become a mosaic of plot-tastic post-its, and my jolly dystopia-conjuring brain cells are hopping about, eyes swivelling and tongues poking out in concentration, as we knock the novel into printing-press-approaching shape. It may be taking a smidgen longer than anticipated, but it’ll be worth it! 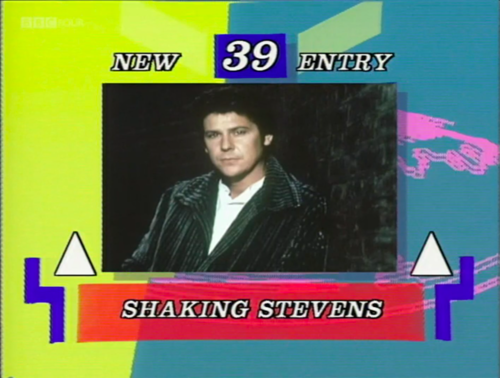 Part of the reason I wrote Purple People is that it’s the type of story I most want to read.  And as I’ve discovered a few super satires and dandy dystopias lately, I thought I’d share those with you - in case you’re in the market for any tips while waiting for the Purple folk to roll along...

Firstly, I’ve just read the latest book by fellow Unbounder, Tanvir Bush - the brilliant, entirely prescient-feeling satire, Cull.  Warm, funny and beautifully written, it’s set in a Britain which feels, disturbingly, not far from our own.  It’s just the kind of book I scour bookshop shelves for.  And it’s published this week (the Waterstones website has it available from January 24th), so get your mitts on a freshly-baked copy!

The exceedingly knowledgeable gang in wondrous bookshop Mr B’s Emporium of Reading Delights recommended Adam Sternbergh’s The Blinds, set in a tiny Texas town populated by members of the Witness Protection Programme - each of whom have had all memory of their crime, or that which they witnessed, erased.  An excellent conceit, and sublimely written, it’s a good ‘un (plus incidentally, Mr B’s offer possibly one of the best gifts I’ve ever encountered: a book subscription where, after a consultation, your lucky recipient will be sent titles selected especially for them, despatched in mesmerisingly lovely packaging).  If you enjoy The Blinds, you could also seek out Adam Sternbergh's apocalyptic Spademan series (Shovel Ready and Near Enemy); I haven't read those yet, but some kindly elves gave me both books for Christmas, so looking forward to delving in.

I’ll Eat When I’m Dead by Barbara Bourland is a satire set in the fashion industry, in a world slightly parallel to our own.  A gal working at a New York magazine is found dead, and there’s a jaw-dropping reason why...  I really enjoyed being swept along on this dark, witty and entertaining ride (plus honestly, she had me at spooky eye drops...).

Finally, there’s Sarai Walker’s hilarious, heartfelt feminist dystopia, Dietland, which features an ostracised, non-twigletty journalist who finds herself caught up with a group of underground activists.  I loved this book - and in an ace turn of events, it was recently adapted into a TV series, bravo! 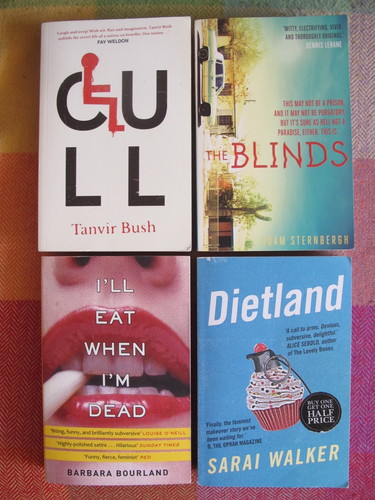 Before I sign off, a quick, merry thing (which will also show that it's not all dystopian recommendations round these parts, oh no...).  Last year I had the swell good fortune to be employed as a copywriter - an opportunity that fell in my lap (as a result of a Purple People pledge, no less), and saw me spending a sizeable chunk of the year writing, in my pyjamas - and getting paid for it.  I was tasked with rustling up a varied bunch of articles, including gift guides (stupidly exciting, given that I'm an elf) and a slew of Christmas-related pieces (stupidly exciting, given that I'm an elf).  One of those was a Gift Guide for Readers - and Writers, for which I interviewed a group of fellow Unbound authors.  It was a great piece to produce, featuring some fun stories and a plentiful pick 'n' mix of book tips.  If you fancy learning about some lovely - and immensely eclectic - Unbounders, plus nabbing those readerly recommendations, you can find it here.

So, there ends this particular smoke signal; more news to follow imminently.  And in the meantime, may your 2019 pootle along agreeably, and free of coffee cremes...