So it's almost the end of my first week of crowd funding with Unbound and you lovely people - and what a week it's been. Thank you so much for both your incredible generosity and your encouragement both for me and by getting others involved.

There's plenty more coming, starting this week with some Miss Janet Jackson (if you're Nasty) and Bananarama treats. And there's a Pop Vinyl Under the Stairs picture disc bonanza on the horizon so Prince, Michael Jackson and Take That fans in particular keep 'em peeled.

And for the special secret Spotify Simper DJ playlists for 3 of the book chapters you get three hours worth of tunes per chapter to take you right back there - and even throw your own Just Got Lucky kitchen discos.

My daily archive photos have pleasingly prompted memories of what happened the rest of that Wham carolling night (one bus driver got quite the surprise) and the true savage nature of that cuddly koala (G Kemp still hasn't forgiven it for its hearty nip) as well as a lot of love for Emily Lloyd, Cynthia Payne and Wish You Were Here.

As for the book itself, I'm just about at the half way point (things have taken an interesting turn since Sade's December '85 show at Radio City Music Hall) and though it's the funding that for now has to take priority I promise you I'm cracking on! 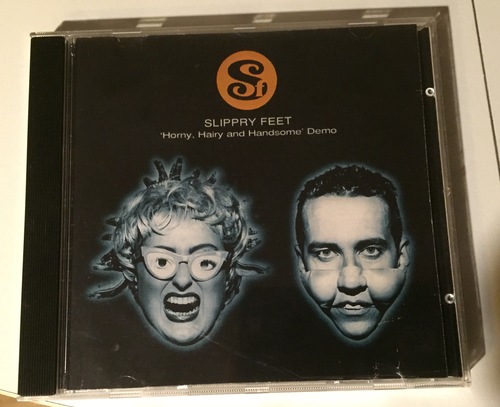 First edition paperback, plus the ebook