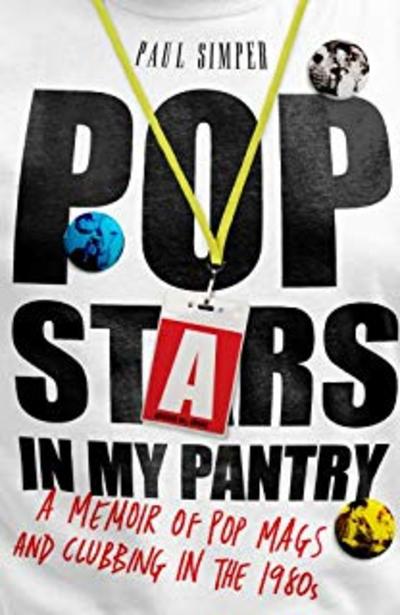 Corrupted by Spandau
Slated by Boy George
Mothered by Sade
Evicted by Bananarama
Private danced by Whitney
Jilted by Madonna
And commandeered (for carol singing) by Wham!

‘Pop Stars in My Pantry’ is a memoir of the early days of one of pop’s most successful eras: the 1980s. It’s an account of how a wide-eyed, wet-behind-the-ears lad from Wiltshire happened to land in London just as the capital’s club scene went into orbit, giving me unique access as a pop writer and fellow clubber to what would become the biggest pop acts of the decade: Spandau Ballet, Wham, Sade, Bananarama, Duran Duran, Culture Club, Frankie Goes To Hollywood amongst others. It is also the tale of my own attempts at pop stardom with the help of former ‘Nana Miss Jacqueline O’Sullivan and an unexpected bonus career as a showbiz party DJ for the likes of Prince, Whitney, Elton and even Al Pacino.

Most crucially though, I’m hoping this book will provide me with a proper bona fide justification to my wife for 35 years of hoarding what she likes to refer to as “that pop shit under the stairs.” Everything from cassettes of my Melody Maker, New Sounds New Styles and No.1 interviews (here using the crucial bits that never made it into print) to pop star doodles to hand-written readers’ polls (some interesting choices by Mr George Michael) and even an unreleased demo of Slippry Feet, mine and Jacquie’s disco duo which (spoiler alert) never quite made it as big as Bananarama or Spandau (or even Jive Bunny).

So fellow hoarders and ‘80s pop enthusiasts, if any of the above tickles your fancy then this is the book for you.