A bit Star Trek, a bit Doctor Who, and a bit fucked up. 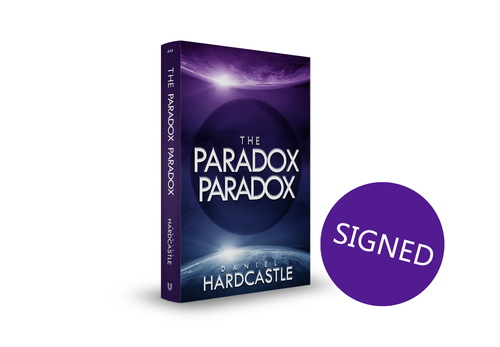 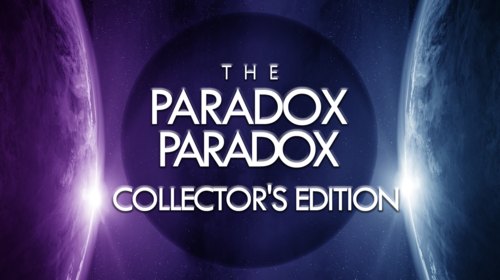 Want the book but also don't think that we'll have any trees left in a few years? This is the tier for you!

Look, we're all getting old. This is the tier for those that don't even know if they'll have eyesight by the time I'm done writing. Read by me again, or Wil Wheaton if he's available.

The tier for people who want to look at the book, but can't be bothered to read it themselves.

The book, in proper paper form. Sure, you can't zoom, and the search feature is manual, but it's also far less likely to crash or run out of battery, and about as equally waterproof. 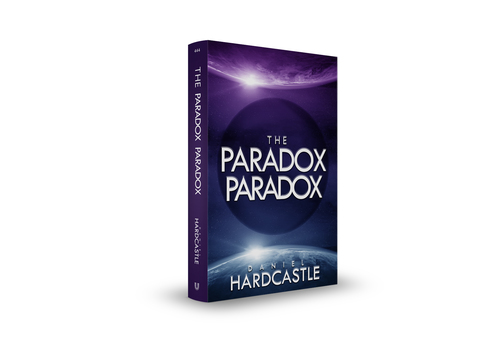 Celebrate your friendship with someone with 2 signed books for the price of 1.66666667 books. Cuddle up, feel the warmth of another human and read a book that will make you question your own existence. 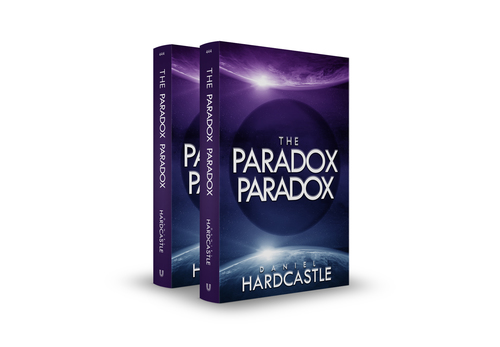 The Affinity is made up of eight seriously weird and occasionally wonderful species from all corners of our little galaxy. With this edition you'll get eight high-quality trading cards, one for each of them, with gorgeous art and some facts and figures. Perfect for displaying, using as bookmarks for eight people, or just gazing at blissfully.

With Rebecca returning to do a small handful of images for this book, it would simply be illegal to not offer some of them as art prints. The focus of these images will likely be the technology of the era, so if your walls need some future-tech, then this is the tier for you!

Every good sci-fi utopia needs rank badges, and The Paradox Paradox is no exception. With this tier, you'll get four badges that will be modelled after their book counterparts! Perfect for decorating bags, cosplaying, or plugging up tiny holes in a sinking submarine.

This will be a ruddy great poster of the final cover of the book, or a slight variation of it exclusive to the poster. Did I mention that we’re aiming to use a model and have a proper photoshoot for this? No? Well, now I have.

Half a Collector's Edition (Arty)

Bare walls? Empty frames? Need something to mask the entrance to your escape tunnel? Then this is the tier for you! Features both the art prints and the poster! The future is now! Wow!

The Other Half a Collector's Edition (Not Arty)

Do you hate art? Did a painting kill your baby? Well with this tier, you get the trading cards and the pin badges! Fuck art! Fuck it to hell!

Just my signature not good enough for you? You want more?! How about I write your actual name, fling some silly bullshit that I make up on the spot onto the page and top it all of with a Rebecca doodle? Is that what you want? HUH?!

That's right, I'm getting my Bob Ross on. If you back this tier, you shall receive a hand painted artwork by yours truly. After the campaign, I'll email asking what you'd like me to paint for you, and then I shall paint it. (Full disclosure, I've never actually painted anything in my life.) Oh, and we'll throw a Collector's Edition in for good measure.

Front of the Book Edition (Limit 32)

Congratulations Class of 2597! Send us in a headshot (a picture, not a kill) and we'll print it at the very front of the book alongside your name in the style of a yearbook! Dress as sci-fi as you like for the photo, but just remember one thing... I'll be supplying the quotes for you all. Mwahahahahaha. Oh, and the collector's edition too, I guess.

Fuck it, worth a shot isn't it?

In this tier, not only will you be a character in the book, but you will die pretty much immediately. A horrific, gory death as the ship you're on explodes in various ways. You will be named, given a role on the ship, and killed before you can even say "aye captain." You might utter some words, but most likely will just gargle as something melts your skin off. Collector's edition too! Enjoy it before... you know.

How long will the campaign stay open?

We keep the campaign open and accept orders right up until we need to close the supporter list and set the print run. We can't say for sure how long this will be yet as Daniel is currently writing the novel, but we'll give notice before we close things off.

Right, that's the first book out of the way. Yes, I’m now a Sunday Times Best Selling Author, but it’s time to stop giggling about that and ask a very, very important question.

Sure, I could focus on another one of my hobbies (Fuck Yeah, Philately anyone?), but now my foot is in the door, I need to remember why I wanted to get into this room in the first place. I need something... fiction-y, a story, some sort of... damn, the word escapes me for now but rest assured, this is a novel idea.

So, introducing my next book: The Paradox Paradox

The Paradox Paradox is a dark sci-fi comedy set hundreds of years in the future. Also, a fair few times in the past. Oh, and a little bit right now... did I mention that it's about time travel yet? You got that from the title? Ok, just checking.

In 500 or so years the galaxy is at peace. Eight species – one of them human, the rest very much not – have spent centuries working, living and learning together, creating a galaxy-wide utopia known as The Affinity. Poverty has been eradicated, violence is virtually non-existent, and nobody even takes the last biscuit anymore. Not even if it’s a hobnob.

We join this universe as The Affinity launch their greatest project yet. A time machine, created to explore, experience and preserve the history of the eight races. Kez, our hero, is tasked with leading these delicate expeditions to Earth’s past, where one wrong move could wipe out the entire human race. It’s a tough job, but Kez is unmatched in intelligence, experience and achievements. She’s the right woman for this job.

With so much at stake, it's a real pity that Kez cheated on her exams, lied about everything she’s ever done and is about as trustworthy as a sign in a spider’s web that reads, “flies welcome”. She would totally take the last biscuit, hobnob or not. 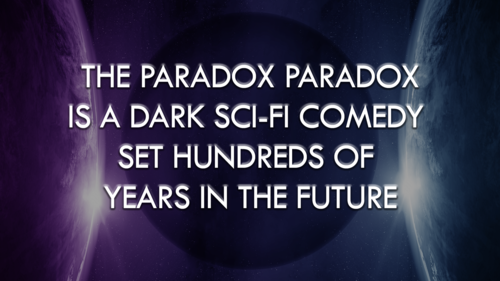 A bit Star Trek, a bit Doctor Who and a bit fucked up, The Paradox Paradox is the sci-fi story I’ve always wanted to tell. My words will once again be brought to life by a light peppering of illustrations from my partner-in-everything, Rebecca Maughan, and we’ll have lots of silly backer tiers for you to regret buying at a later date.

The story is locked and I’m now writing it as fast as I can. Well, I’m binge-watching Bob’s Burgers, but after that I’ll be all over it! Estimated release will be sometime in 2021 and it’ll probably be worth the wait!