Off To A Flying Start

‘Our City: Migrants and the Making of Modern Birmingham.’

I hope many of you have enjoyed reading ‘Our City’. The reactions I have had up till now have been very positive. I have already held ten meetings on the book with sixty at a great launch at Birmingham’s Impact Hub and seventy at a regional Labour Party meeting in West Bromwich as well as well-attended meetings in Liverpool, Malvern and Brussels and several in Birmingham. 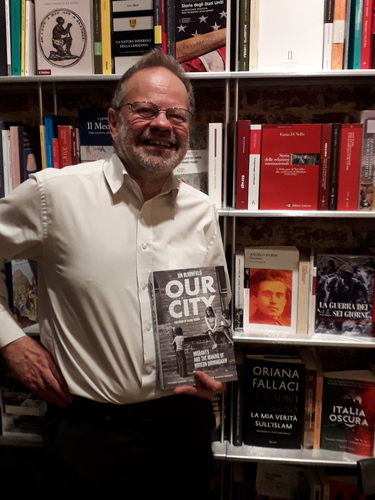 The book hit the shops and on-line sites on 7th March. Unbound and I have been working hard at trying to get press and media coverage.

I secured a Long Read in The Independent drawing together extracts from the book.

In a long feature on Birmingham and Brexit Patrick Cockburn wrote in The Independent:

“Jon Bloomfield, a historian and urban policy specialist, is the author of Our City: Migrants and the Making of Modern Birmingham, a highly informed and eloquent account of life in a modern British city during a period of globalisation, austerity and mass migration. “

“Bloomfield also paints a picture of a city that responded energetically and successfully to the multiple challenges posed by radical economic change.”

In its book review the monthly Prospect magazine called the book “excellent.”

while Neal Lawson, the Chair of Compass wrote on Twitter, “read this book.”

I am speaking at a series of meetings in the early summer. 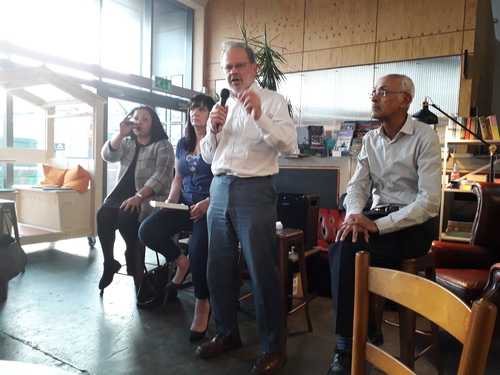 5. Thursday 30th May. Ikon Gallery Birmingham. In discussion with Vanley Burke as part of Ikon’s Migrant Festival. 18.00. Our City features a photograph by Birmingham photographer Vanley Burke on its front cover. At this event we shall exchange notes on our research into and experience of migration to Birmingham from all corners of the world and how this has influenced the economy and culture of the city. Book online or call Ikon Shop on 0121 248 0711. This event is part of The Migrant Festival which runs from 30 May – 2 June. A four day festival fusing visual art, music, film and performance.

If you’d like to suggest further potential meetings over the summer and autumn, then do get in touch either with me directly or with colleagues at Unbound. I’m really keen to speak wherever there is interest. Also if there is a local, social or media outlet where you can promote or give publicity to the book then please do so. The more the book is discussed and the key issues raised the better.

In the meantime, happy reading.