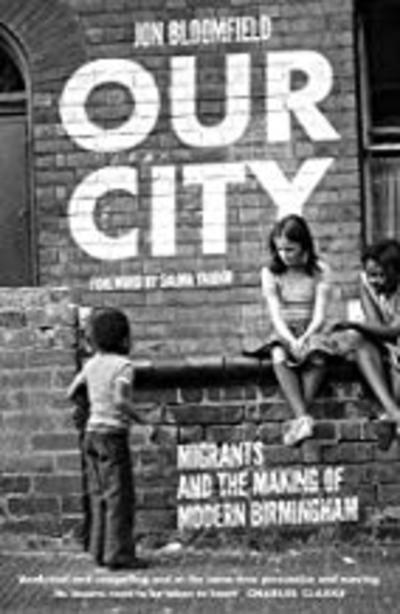 Race and migration are the most volatile and explosive issues in British politics today. In contrast to the tabloid headlines, Our City: Migration and the Making of Modern Birmingham explores how one of Britain’s major cities has been transformed for the better by its migrant population.

Over the last half century the UK has sought to resolve the challenges arising from large-scale migration within a multi-cultural framework and shown the fallacy of the doomsday scenarios painted by Enoch Powell. Today, voices similar to Powell’s, are using the dangers of Islamist extremism and the UK vote to leave the EU as reasons to reassert a closed British identity. Instead, this book argues, the response should be a firm defence of the principles of racial equality with a confident assertion of why mixed, open societies are the way forward for 21st century cities and why migrants are central to their future dynamism and prosperity.

Based on original interviews, this book tells the story of fifty migrants to Birmingham from all walks of life: first and second generation; men and women; from thirteen different countries from Ireland to India, Pakistan to Poland, the Caribbean to Somalia. This book shows the variety of migrant experience, from their working lives, to education, religion and relationships, and in particular challenges the monolithic views of communitarian authors.

Migrants are and will remain a permanent and growing feature of British and European cities. The book is rooted in Birmingham but places migrants’ experiences in the wider context of similar developments taking place in other large British and European cities. It combines the specific with the general and aims to fill a major gap in current popular literature. This is an optimistic book for challenging times. It shows how together we can develop mixed, open cities that blend new influences with old and create the intercultural cities that represent Europe’s future.