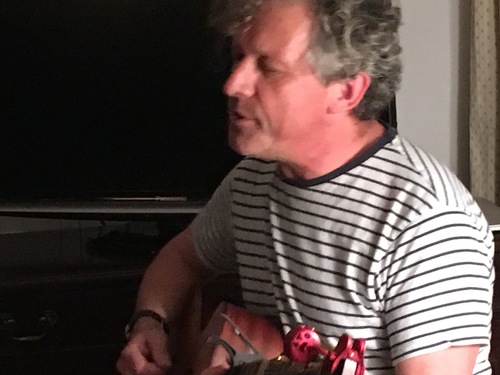 At Eastleigh I put on my headphones and disappear into my own world, missing an announcement that says my train has changed destination.  That is why, after a diversionary ride though Hampshire, I have ended up here, in the Upper Crust on Southampton Central with an hour to spare, sitting by the window eating a mozzarella and tomato baguette.  It occurs to me I could tell the story of my life through stations in Southern England.  I leaf though memories of Southampton Central starting in 1983: I am on the way to Radio Solent; young and nervous; about to be interviewed about my music; first time on the radio; I have travelled all the way from Kent; someone I know hears my voice as he is driving and is so suprised he nearly crashes on a roundabout.

This time I wait until the train has left Southampton before I put on my headphones.  I look out of the window as we pass from the fields of Hampshire to the wide open spaces of Wiltshire, the flatlands of Somerset and down to the Devon coast at Dawlish, where the tide is in and the sea calm under drab, grey, Saturday skies. 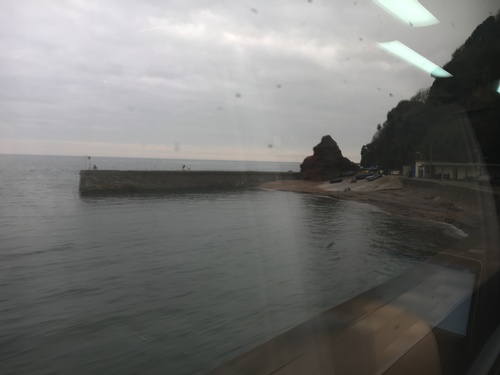 I have a cup of tea at Newton Abbot (2012: a winter’s night watching rain falling in the darkness beyond the platform canopy) then arrive at Totnes (2002: first family holiday after my father died) where Anne is waiting outside.

Anne came on a playwriting course I taught last year and we catch up as she drives me to her home in Salcombe.  Somewhere in between the sun comes out but I don’t really notice as I am so busy talking, then being introduced to Anne’s artist husband Stephen, then discovering his paintings lining the walls, so I am not prepared for what I see when I am taken onto the balcony.   We are high up on a hillside overlooking the town and the view takes my breath away.  Patchwork fields taper to the distance, wooded slopes drop to the estuary, yachts are tethered to moorings in still water, tiny specks of sheep line distant hills and all of this under the most incredibly blue sky that seems to have appeared out of nowhere.  The whole house seems full of light with stunning vistas from every window.  I take advantage of the late afternoon lull to walk down the steep hill to the waterside and and linger in the holiday atmosphere of the town. Back at the house Sarah arrives from Cardiff and I lead her out onto the balcony to enjoy her taking in the view. 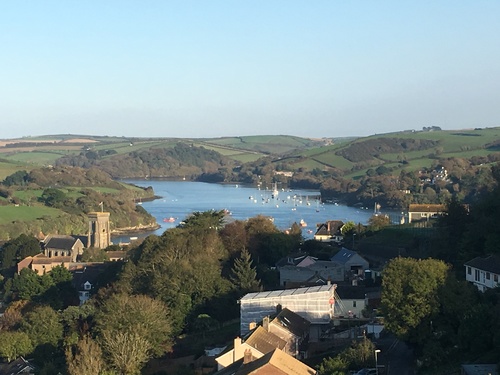 Anne and Stephen are having a party tonight. Guests start to arrive and cluster in the kitchen, eating and drinking.  I am getting used to the feeling of not wanting to engage in conversation before I begin, so disappear into my room to tinker with the guitar, then lay still, listening to distant conversations.   The party splits in two with those who want to carry on drinking (I don’t blame them) staying in the kitchen.  The rest of us assemble in the living room and I begin. 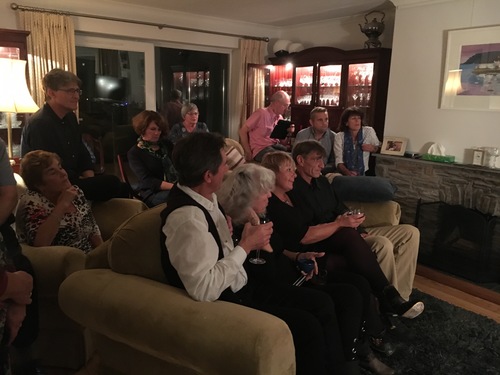 Afterwards Sarah I walk to the town and sit outside a pub enjoying the feeling that follows the work of the day being done. Back at the house most people have gone, but someone asks if I will play some more, so I go back to the living room and carry on.  The evening ends with Sarah and another party guest dancing to a song about my grandfather, who went to Australia to be a sheep farmer after the First World War, but came back again when my grandmother refused to join him. It is good to think that his adventures are fuelling my own, here in deepest Devon, a hundred years down the line. 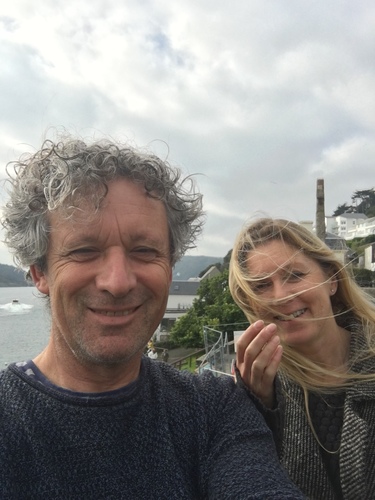