Late afternoon sun on the meadows of the Itchen Valley.  A blaze of autumn colour.  A feast of memory. The train approaches Winchester.

It was on an autumn day 35 years ago I came here to take a degree in Drama, Theatre and Television Studies. By then I had stopped singing in front of people.  Although I became immersed in recording and played the guitar whenever I could, I never actually sang a song in public.  Now I am back and playing at Winchester University.  It feels like a significant step on the road not taken. 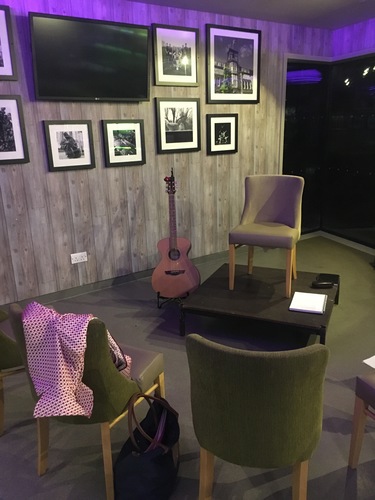 We are a small group who gather in the Terrace Bar of the Student Union.  This is a new building on the site of the old refectory.  As I look out of the window behind me I remember the view from three decades ago, when we were served afternoon tea from giant urns, served with bread & butter and trays of homemade cakes. David, who was in the year above me and has returned to run the bookshop in the University, has organised this evening.  We met again a few years ago when I came to speak at The Winchester Writer’s Festival and he has supported this project right from the start.  Also in the audience are Deb and Paddy, old friends from University days.  We used to be close but drifted apart.  They order a bottle of wine and settle down in the front row.  We ease into banter that feels like continuing a conversation interrupted in the 1980’s.   Behind them sits their daughter Georgina who is 26.  I wonder how this is even possible. 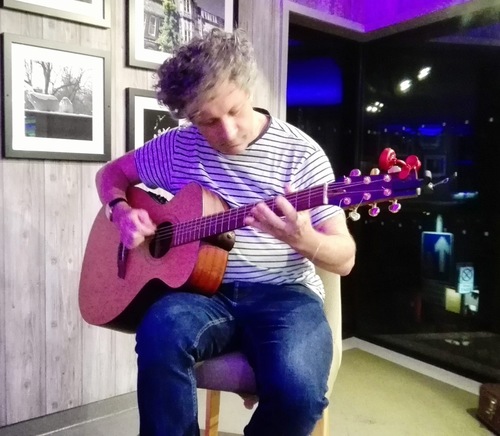 I am sat up on a little stage and even though there aren’t many of us, everyone sings along when asked and it feels like a proper gig, until I pack up and we all leave together. 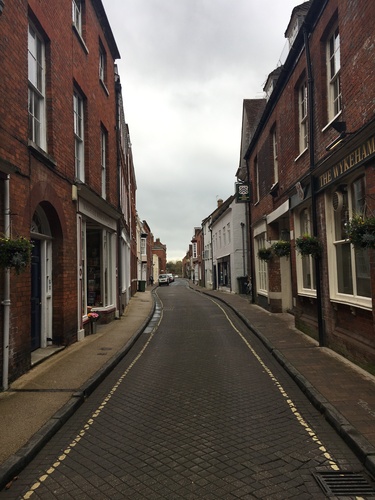 I stay with Kate, a friend who lives in a cottage on one the prettiest roads in the city.  Next morning we go for a walk and turn into nearby Southgate Street, a road lined with Georgian houses and grand buildings belonging to Winchester College, the public school.  I stop and look at an upper window.  In 1983 I spent all my savings on recording equipment and released an album on cassette.  I sold over a hundred and fifty copies and some of them were to people I didn’t know.  I remember walking down this street on a summer evening and hearing one of my own songs coming from this same window.   I had no idea who lived there and it felt like the start of something.  It never happened again. 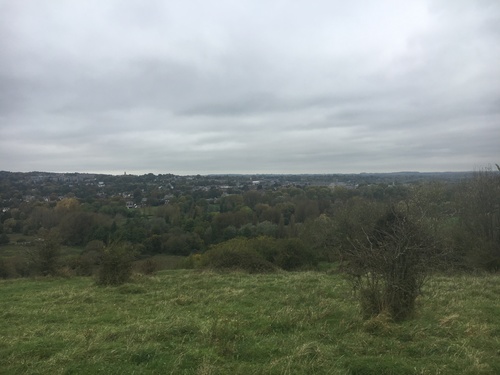 We walk though the water meadows and up St Katherine’s Hill, the Iron Age hill fort that overlooks the city.   I came here on my first week in 1982, intoxicated by new friends and living away from home for the first time.  It felt as though the world was opening up before me.  And this is what it feels like today as I think about heading off to another gig tonight, with a guitar on my back and a head full of all the songs I didn't sing thirty-five years ago.