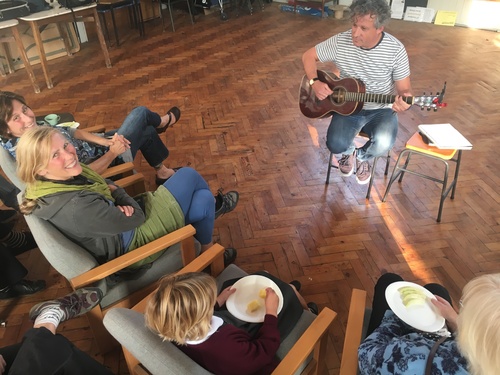 I wake early and lay still, enjoying the deep silence of the woods outside my bedroom. When it is light I lift the blind to see the hills shrouded in a fine mist.  There is such a sense of peace in this place and the welcome so warm, it is hard to say goodbye.   Pete drives me though the Dorset countryside to Bridport where I will catch a bus to the next gig.

This is where I came on holiday with mum and dad from the age of 11 and these hills still hold a special magic.  I wrote a song earlier this year about what I would do if I could spend another day with my late father. I would choose to come here, to Dorset and walk up on Golden Cap,  the hill I can see right now, the highest point on the South Coast of England.  Here dad would stand tall and breathe deeply, smiling at a view that takes in Portland Bill to the east to the cliffs of the Devon coast that taper westward.    As we drive along the A35 I show Pete the B&B we used to stay in the village of Morcombelake.   It isn’t a B&B any more, but as we flash past, I see in the window, Rose, who used to run the place, looking out at the view.  She still lives here and even after all these years I recognise her at once. 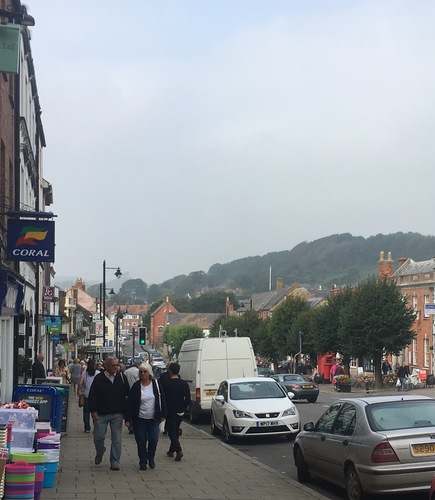 I have forty minutes before my bus, so walk up the High Street, bustling and warm in the late September sun, enjoying the liminal space between arrival and the next departure, having nothing to do but wait. 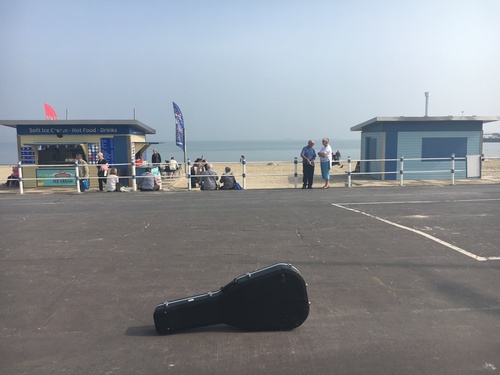 The sun is hot now and it feels like the holidays on Weymouth seafront. Then Emma collects me; her eighteen-month old son Patrick fast asleep in a car seat. We go to Sainsbury’s so Emma can buy food to feed this afternoon’s gig-goers and I mind Patrick, still sleeping, as Emma runs inside.  We have known each other since 2011, when after a day stranded at the airport on The Isles of Scilly waiting for the fog to clear, we were transferred on to the boat and ended up talking on the train, heading up the line from Penzance. 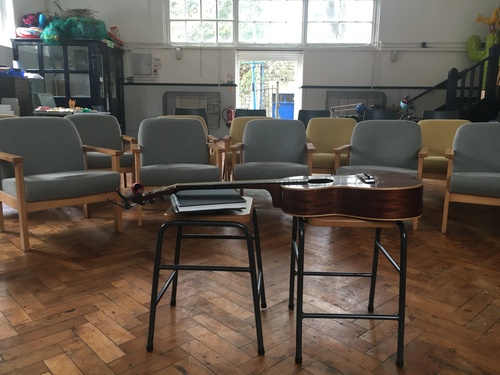 This afternoon I am playing at The Brakenbury Centre, a community hall on the Isle of Portland.  There is a delicious sea smell in the air and a rich, lively acoustic in this big room. I run though songs then arrange the chairs in a semicircle in the middle of the hall as Emma lays out quiches and cakes.  The audience arrive and are handed mugs of hot tea. 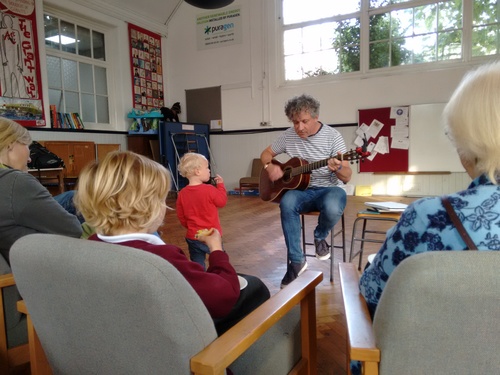 Among the audience are several small children who sit with plates of food, listening attentively to my stories of small town life in the 1970’s.  Near the end, Patrick, overcome with curiosity, comes up close to investigate the guitar and my playing of it. 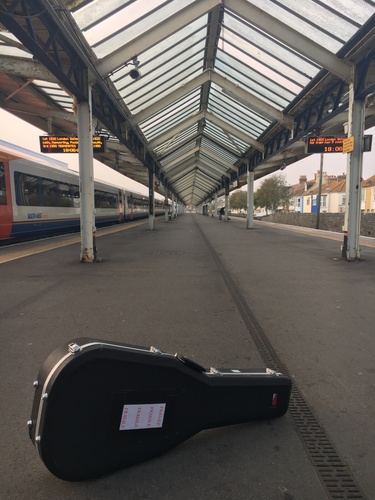 Then it is over and I am at Weymouth station. I step on to an almost empty train with a bag full of quiche, crisps and cake. I watch the south coast disappear into shadows and darkness as we rumble along the line towards Southampton.  When I was eighteen and imagining life on the road I never thought it would be like this.  But I like it.  I like the quiche and cake and the audiences who listen carefully.  And I like the moments in between, moments like this, when I have nothing to do but sit and look and think. 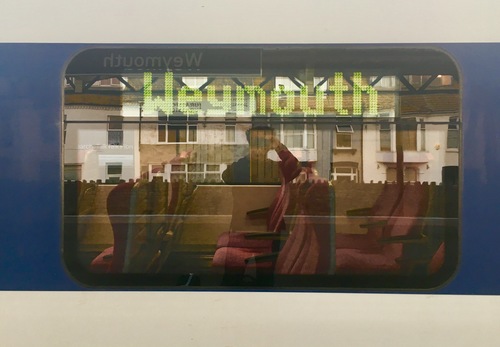