A tale of murder, suicide and the treatment of inmates in a small Suffolk workhouse in 1838 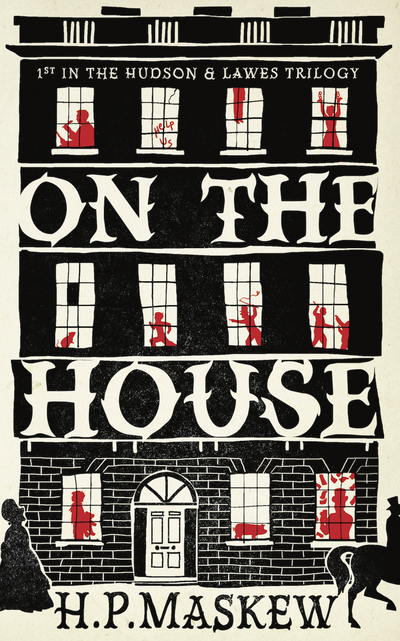 Fiction | History
You made On The House a reality. It's available in all good book stores now.
$8
14 pledges

1838 and the new Poor Law has been in existence for four years and the destitute are now housed in union workhouses run under stringent regulations laid down by Poor Law Commissioners and overseen by locally-elected guardians. Two young men coincidentally seek to uncover, by different means, the suspected mistreatment of inmates in the small union in Seddon, Suffolk. Edgar Lawes is a local land owner and lawyer; Ambrose Hudson a London investigative journalist. Establishing himself on the board Edgar Lawes is immediately disturbed by the inhumanity he finds. Ambrose Hudson becomes an inmate and covertly keeps a journal which follows chronologically those of Edgar Lawes. The guardians’ complacency is shattered by the suicide of one of the male inmates, followed by the brutal murder of a workhouse official. The two unexplained deaths feature heavily in Ambrose Hudson’s account and the ensuing investigations cause the paths of the two men to cross. Nothing is settled until the final pages, but unlikely friendships are forged and lives changed.

Set against the radical movements springing from new Enlightenment thought, the story incorporates the pressure for social change coming from many directions in the new Victorian society and also contrasts those ideas with the staunch and age-old conservative views pursued by a pertinacious ruling class. While violent deaths and inhumane treatment of the very young may be less of a feature in institutions in our time, the judgemental attitudes towards the poor which prevailed in the past among the majority of land-owners, professional men and those of the middling-sort are not strange to us today. The fundamental problem of who among the poor deserves help is one with which we continue to struggle. On The House is the first in a trilogy.