A new Swan Lake on the way

I hope your 2018 has got off to a flying start (no swan puns intended, honest, guv). Mine certainly has - ten-hour overnight flights to and from South Africa - and I've just come home to find that one of the articles I'm most thrilled to have penned recently is out. 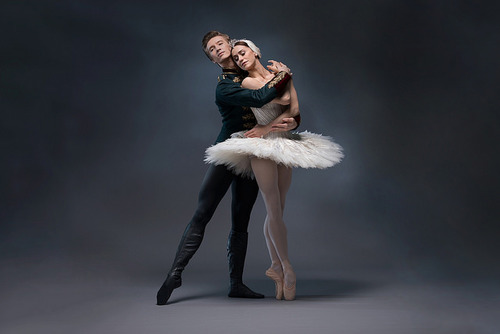 It's for the Royal Opera House Magazine and it's all about the forthcoming new Royal Ballet production of Swan Lake, choreographed by Liam Scarlett with designs by the revered John McFarlane. I went to the ROH to talk to the creative team and the RB's director Kevin O'Hare; you can read the results in the magazine if you are in the Friends organisation, or online at the ROH website here. Above, Marianela Nuñez and Vadim Muntagirov as Odette and Siegfried in their new costumes. (Photo credit: Bill Cooper, @ROH 2017.)

The production opens in May and according to Scarlett he and his team have overhauled the story to add dramatic heft and conviction, especially where Rothbart is concerned. “We see him behind the Queen as an adviser and military commander-in-chief. He’s a shadowy, oppressive figure for Siegfried, like a physical or metaphorical weight upon his shoulders, from the beginning. Having already taken a palace from Odette and kept her captive, perhaps he now wants to ruin this palace and take it over for himself. He’s a sinister, brooding character who is manipulative and conniving and has a detailed plan. When he knows the Prince must get married, he sees the opportunity to entice him with Odette, then trap him with Odile.” -- Liam Scarlett

You might also like to know that the swans will wear tutus, Frederick Ashton's Neapolitan Dance stays firmly in place, and the six princesses at the royal ball will NOT turn up in the same dress. It looks to be sombre, opulent and gorgeous and in due course some young stars will be taking the lead for the first time.

How does this affect Meeting Odette? It's always interesting when you find a confluence, and Liam's words about Rothbart above are particularly pertinent. We do have a Rothbart. He may not be immediately apparent, but he is there and he is present, in one way or another, from the start. I'm in the middle of giving the book a thorough overhaul at the moment and in taking my cues from the ballet I found it essential to make the "baddie" more than a clunky, cloated bogeyman...

Where the book diverges from a traditional Swan Lake, though, is on Siegfried. The ROH team appears to make Odette/Odile the creatures of Rothbart and Siegfried the central hero. I have less Siegfried. Actually, no Siegfried - though Odette doesn't know that at first. Harry is anything but a prince and Mitzi is, well, a woman. Our Odette must become mistress of her own fate in a whole new way.

I wonder if any choreographers out there might like to have a go at turning this into dance? You know where to find me.

Meanwhile, fundraising is still very much open, so if you fancy forwarding this to your Swan Lake-loving friends and encouraging them to join the patrons list, you'll be gaining another quantity of eternal gratitude from me on top of the heap you already have through pledging in the first place.