Notes from the Sofa

An insight into one of Britain's greatest creative minds 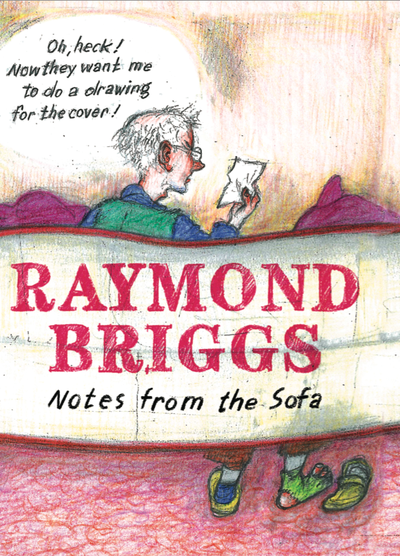 Humour
You made Notes from the Sofa a reality. It's available in all good book stores now.
$8
74 pledges

Raymond Briggs is an award-winning author, his bestselling books include The Snowman, Father Christmas and Ethel & Ernest. For the last few years Raymond has also been writing a regular column for The Oldie, 'Notes from the sofa'.

Children's books have many restrictions - they are short in length and often require a happy ending - but Raymond's 'Notes from the sofa' column has allowed him a new kind of freedom: to write about and draw whatever he wanted. Witty, wide-ranging, and sharply observed, together they trace the course of one man’s life from the awkwardness and embarrassment of growing-up, to the vicissitudes and miseries of growing old.

The Oldie is a humorous monthly magazine launched in 1992 by Richard Ingrams, who for 22 years was the magazine's editor following 23 years in the same post at Private Eye.

"In different ways Briggs has revolutionised the art of telling stories with pictures."Twentieth Century Children's Writers

"It's a measure of Briggs' skill as a writer that he manages to balance (a) sense of loss with positive elements such as love, excitement and happiness." Kids Out

"Raymond Briggs touches some very human level that everyone can relate to." Yorkshire Post