Notes From Africa, a musical journey around the continent in the company of Senegalese superstar, Youssou N’Dour 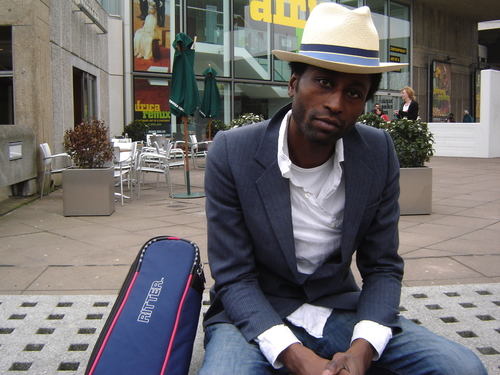 On Friday 1st June, BBC 4 opened its new three-part series, Africa : A Journey into Music with a visit to Nigeria. Tracing the evolution of that country's popular music, Ghanaian born presenter, Rita Ray, met key players including Kezia Jones whose rhythm based Blufunk style she defined as the bridge between Fela Kuti's revolutionary Afrobeat and the globally successful Afrobeats of today's superstars Davido, Whizkid, Tiwa Savage and others.

Born in 1968, Olufemi Sanyaolu, aka Kezia Jones, broke free from the conservative Yoruba society in which he grew up, and perfected a funky, percussive music that brought him success in Paris and in London. When I met him on London's Southbank in 2005, he told me of his admiration for Fela who died in 1997 :  "Fela covered all bases, politics, religion, culture, fashion and did it in a very stylish way.” Having returned home to Nigeria, Jones is now very much part of the movement which Ray describes as "Africa owning her culture and identity in a truly thrilling way." Jones confirms this when he says, "Africa is moving forward. It's a vibrant culture on all levels."