Yaay! Note to Boy has reached 74% funded. That's almost three-quarters, right? Thank you everyone who's shown such faith in me. By my calculations I just need another 37.333 backers to come forward and we'll be there. Actually, I just made that up. I've no idea how many more supporters it will take to reach 100%, just that it's fewer than last week.

Maths, you see, is not my thing. Writing is. I've been at it a long time, as I explained in a recent interview with Kat Orman of Radio Oxford. If you haven't yet caught up with it, here's the link https://www.bbc.co.uk/programmes/p06yr8wv.

Sketches for Lenny Henry, June Whitfield and Tracey Ullman, interviews with Ronnie Corbett (we saw eye to eye) and John Humphrys (surprisingly nice), features on car parking and nuclear reactors - it isn't all fun, fun, fun, you see: variety is the spice of my writing life. But seeing Note to Boy on the bookshelves would cap it all.

Talking of which, maybe you'd like to have a taster of the book, seeing as it's closer to becoming a real thing? Too bad if you don't, because, here it is: 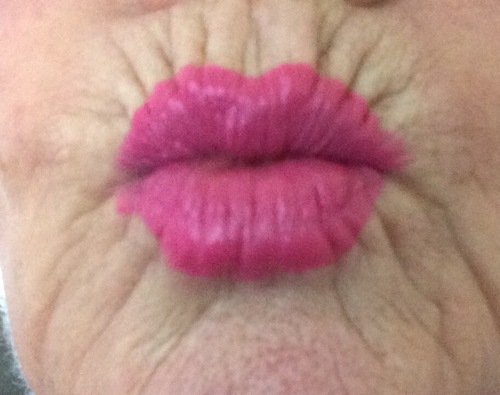 I get a good look at her for the first time. She’s no fluffy-haired Werther’s Original sweet old lady and that’s the truth. Not at all. Even though she’s laying in bed, propped up on a pile of filthy pillows, she’s painted up like she’s on stage or something. I got sort of used to her after a bit, but back then, that first day, I’m pretty much gobsmacked. And believe me, I’m used to old dears what cake on the slap. Ma on karaoke night for one.

Her face is thick with powder, her cat’s-arse lips is painted over with sticky pink stuff and she’s drawed wobbly black lines round her eyes. A few wisps of grey sticks out from under a red and orange scarf she’s wound round her head like a bandana. Only she ain’t done it right and it’s dangling down over one eye, like a pirate. She looks like Captain Jack Sparrow’s mad old granny to be honest with you.

Hope you enjoyed that. Cheerio till next time!