There are two main characters in Note to Boy. Bradley and Eloise. Seems to me (but I'm only the writer after all) that Bradley has had it too much his own way. We haven't heard from Eloise. And believe me, she always has plenty to say. Except when she's in a monumental sulk. Then she doesn't speak for days.

So below. Eloise lets rip. But before she does, just time to say a very big thank you to everyone who's pledged so far. 55% funded now - or on the home straight, as I like to think of it. And if you could share, tweet. FB and just plain go on and on about Note to Boy to your family, friends, dentist, the woman who delivers your Tesco order and anyone else, I'd be embarrassingly grateful.

Stand by! Here she comes!

Eloise begins to dictate her steamy memoirs to the gobsmacked Bradley:

Ahem. What do you think of, dear reader, when you hear the name, Eloise Slaughter? Outrageous fashions? Extravagant parties? A bit of how’s-your-father with every popstar and actor of note in Swinging London? Ah ha, but there is so much more to my life, as will become apparent as this, my poignant tale, unfolds.

I’ve always fancied myself as a writer you know, even though I’ve never written anything longer than a cheque before. I have bestraddled the fashion world – if that’s not too explicit an image – surely I can dictate a few thousand riveting words to a goggle-eyed boy?

That’s you by the way. My little joke. What are you staring at? Eyes down and get scribbling. Is that the best you can do? In your lunchbreak – half an hour and not a minute longer – buy yourself proper implements. A notebook and some pens. In fact – hang it – a pack of notebooks and half a dozen biros. Go to Woolworth’s. Always good value. What, no Woollies? What is civilisation coming to? WH Smith then. They haven’t gone down the pan too, have they? Now, enough of your mindless chitter-chatter. To work.

Where to begin? Carnaby Street? The Hot Spot? When to begin? The sixties, when I was the grooviest chick in town? The seventies, when I was at the height of my powers? No, the eighties. That’s what you want to hear, isn’t it? When everything went tits aloft. I could start there. Get it over with. Grasp the bullet. Bite the nettle. But no, impatient reader, you’ll have to wait. I’m going to begin with my birth, way back in nineteen … oh, let’s not get bogged down in boring little details like dates.

Meat pies. I owe everything to them. 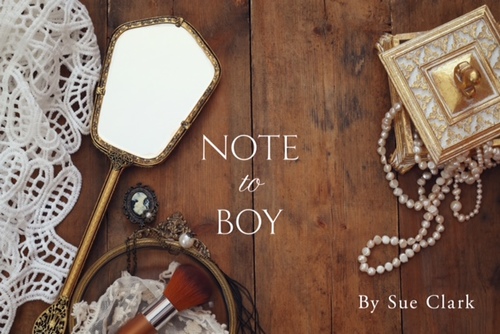