Bring it on, Dame Hilary! 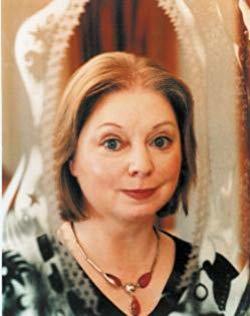 So Hilary Mantel's much-awaited final novel about the life of controversial statesman Thomas Cromwell is due to be published in March 2020. By coincidence, my own much-awaited comedy novel, about the life of controversial fashion guru and Swinging Sixties celeb Eloise Slaughter could, given a fair wind (and a few more pledges), hit the bookshops at around the same time.

The big question is, who would win in a fight between Thomas and Eloise?

Granted, Thomas was an unscrupolous political schemer, clawing his way to the top, by chopping people's heads off, and committing acts of torture and treason. But Eloise is no less ruthless, becaming the fashion queen of Carnaby Street by cutting short the careers of people more talented than herself, and committing numerous crimes against good taste and civilised beheaviour.

I reckon they'd be a good match for each other. So to Hilary Mantel I say, Bring it on. Eloise is ready for you!

PS And, *SPOILER ALERT*, unlike Dame Hilary, I can promise you no-one dies in the final pages of my book.

Note to Boy. 81% funded with 151 backers. On the home straight now.  Get your pledge in while there's still time.