Gentrification on the block, showman in the White House, ethics gone. Coming of age in the 1980s. 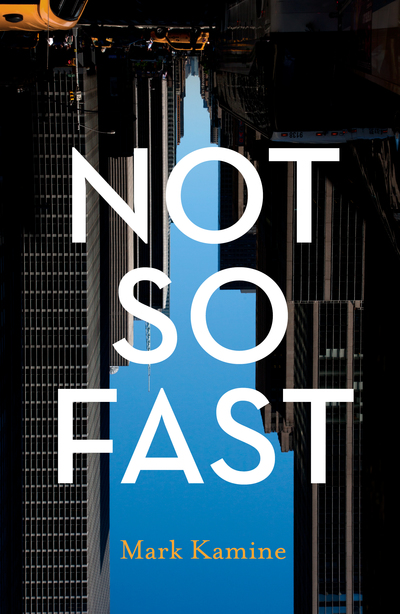 Fiction
You made Not So Fast a reality. It's available in all good book stores now.
$8
5 pledges

1st edition paperback, eBook edition and your name in the list of Super Patrons in the front of the book. EARLY BIRD price, only 20 available.
$30  + shipping
11 pledges

1st edition paperback, eBook edition and your name in the list of Super Patrons in the front of the book.
$55  + shipping
46 pledges

Not So Fast is a picaresque novel set in the 1970s and 1980s. Its narrator travels from suburban New Jersey – whose housing developments and shopping malls provide cover for medical scams, divorces and abortions – to film-biz-saturated Los Angeles, harboring Afghan freedom fighters and damaged survivors of Hollywood’s entertainment-making machine. Back east in rapidly gentrifying New York City he comes across art snobs, literary luminaries, Wall Street gamblers and real estate players, all making the most of trickle-down economics. A foray into France puts him in touch with Eastern religion, an early wave of terrorism and the burgeoning right wing movement that is its corollary. At the novel's center are interlocking romantic triangles whose participants are looking for anything but what they already have.