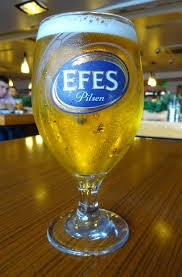 Hello, all supporters still following these updates, leave a message below if you drop by. Otherwise it feels like I'm singing in the shower, it sounds good but nobody's listening. This week the No Good Deed campaign registered zero pledges, patrons and pounds for the second week in a row. That's the trouble with this way of publishing a book, at this time of year. You could pledge on someone's behalf, but,of course the lucky so-and-so wouldn't be getting a book for Chrismas - well not this year, anyway.

So I'm expecting a few more zero weeks and not much progress before New Year. Anyway, here are some things to do with Zero, since that's what's on my mind.

A very funny film with the great Zero Mostel in it... "A Funny Thing Happened on the Way to the Forum", inspired by the plays of Plautus, who I studied at A Level, when he made me laugh much more than Virgil's Eclogues did.

Ground Zero Man by a more or less forgotten sci-fi writer Bob Shaw, published in 1971, (do not read the cash-in update from '86 known as The Peace Machine).

Oh, about the image, the beer is Turkish, but Efes is Hebrew for zero, and no, it's not alcohol free.

And one absolutely brilliant fact about Zero

Brahmagupta (b.598 CE, d.668 CE - yeah 70 years old) was the first to give rules to compute with zero. The texts composed by Brahmagupta were composed in elliptic verse in Sanskrit, as was common practice in Indian mathematics. I'm pretty sure the Anglo-Saxons were knocking down all the Roman buildings and burning every bit of furniture they could find in them around that time. By the way, he was an astronomer too.

There, I feel better about that zero return already.

Hi Ewan. 70% there! Keep your spirits up! Perhaps a Whiskey and Coke Zero would help?
Loving the little ditties. Happy Xmas! Hope its not 9 Below Zero! Bye for now from your Bessie mate.

Hey Jakey...
Thanks for dropping by. Spirits remain up. Or downed,
"I drink a whiskey drink... I drink a lager drink... I get knocked down, but I get up again..."
Never a Zero, old friend.

Yo Eeeewan, Hang on in there! Only 30% to go. You might feel better if you didn't drink rubbish beer! Where would the binary system be without zero?

Hey Bill, I never thought of that one... where would this post be without zero? Many thanks for dropping by, old friend.

Hi Ewan, keep the faith, I’m sure you’ll get there in the end! I’m a lover of Al Stewart’s music and loved the title track of his third album “Zero she flies” apparently inspired by Mervyn Peake, author of the Gormenghast Trilogy. Peake was described as a Gothic Surrealist writer. Keep smiling!

Ewan, I,m in North Cyprus drinking “Hebrew Zero” and thinking of you whilst doing so. Looking forward to next April by which time 100 will be the new zero.

Hi Tim, I loved Gormenghast, (and Titus Groan and Titus Alone) I read them at school (You could probably tell from GH). I like Al Stewart too... Thanks for dropping by, your encouragement is just as valued as your pledge!

Yes, Paul, even if 100 isn't the new Zero, I'll be so pleased to see you after all this time. (Very excited would be more accurate) Thanks for dropping in...