Here is the news, there is no news.
In the meantime, here is a shortish story,  I'll put a few from Spain here from time to time. 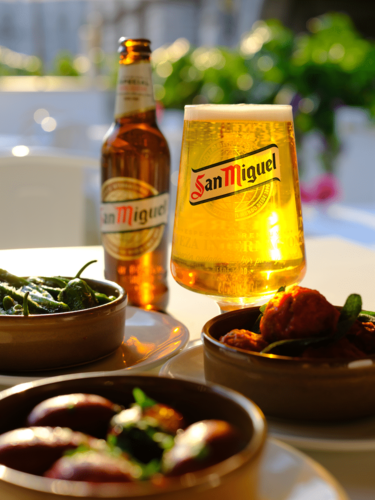 One For the Road

It was only about a month ago; a Friday evening, about 6.30. As I looked through the Venta’s double doors and across the terrace, the setting sun was turning the light from crepuscular to corpuscular. I wished there was someone to share the joke, even one as bad as that one. On other days I might have embarked on a lengthy translation into Spanish for Andres the landlord. Only one thing worse than explaining a joke; yep, translating one. I waved my empty bottle and gave Andres the eyebrows. Beer number 5. Not bad since 4 o’clock. Apart from one other person, who'd left in a strop an hour ago, only a steady stream of jobbing construction workers had come through the double doors in the intervening hours. The early start to the weekend was a sign how bad business was. Two more Alhaurino builders left in a flood of salutations or obscenities, their accent as inscrutable as their mien.

Then Johnny Elvis came in. German, 50-ish, wiry; one of those jobbing builders, a Joachim-of-all-trades, if you like. That wasn’t his real name, of course. When he’d first turned up at Montevista, he’d had business cards:

they’d read. A master builder? Probably not, but as I’ve said before, emigration is the father of invention. And I’ve been known to tell a tale or two myself. Anyway, Fred or Frank or someone, one of the older Brits for whom English is one more language than they can master, misread the card. So Johnny Elvis it was. He spoke good English and had found it funny, or pretended to. That evening,he looked tired and stressed, but then most builders have for the last 18 months. I offered him a drink.

- ‘No, thank you.’ He said in the precise way Germans speaking English do. ‘I must buy my own , while I can. For you?’

I lifted my full bottle, shook my head.

I let him. It seemed only polite.

Andres put two bottles of San Miguel on the copper bar top, and a shot glass with clear liquid beside Johnny Elvis’s. He downed the shot, smacked his lips and picked up the beer. Andreas piped up:

- ‘Dee she is looking for you. Before two hours.’

She had been. Not finding him had caused the strop. I didn’t think she’d be looking at all now, if she’d carried on drinking at their house on Montevista. She’d driven home of course. Always did. Her 12-year old BMW Cabrio careering 100 metres or so further into the Urbanizacion from the roadside Venta. Charlotte, her daughter, always strapped in. After Dee had knocked down Jerry’s wall that time.

- ‘She has found me thank you.’ Johnny Elvis said.

I heard the sirens about 2 minutes before the blue lights flashed past the open double doors. The tyres screeched as they made a two-wheeled turn into the Urbanizacion.

‘Another shooting in B6, like last year, hey?’ I suggested.

‘Not this time.’ Johnny Elvis said.

He wiped his hands absently on his filthy brick dust covered shirt. Then he examined them; very carefully, turning them over and over slowly.He sighed and said:

‘No, I think Charlotte has called them, as I asked her to. It is for the best.’

Think there might be some news this week. Stay tuned, I'll let you know