Update, News, Mail-box filler, (This is not chopped ham with pork) 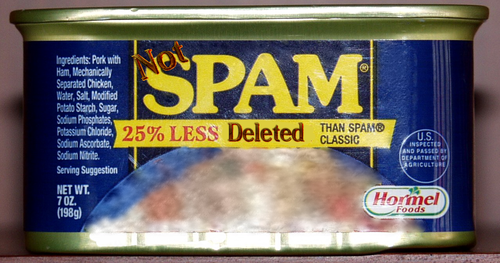 The update is that there is no news. Here is one more message for your in-box or more probably your spam folder. I'm not putting a link on Facebook because I'm not Facebook-ing today or for about a week. I have other things to do. I'll stick a link on Twitter, but I think that out of my 730-odd followers only the "-odd" aren't bots. (Maybe that's "odd" rather than "-odd".) Nevertheless, I continue to write updates in the hope that someone, somewhere reads them. Most times I post some old writing that's available free elsewhere on the Internet, so I apologise if you get to what I offer today and you've read it before.

I have a question. If I self-publish Moffat III will you buy it? Before you answer, here are some things to be aware of,

a) the cover won't be as good, I can't afford Ecob's prices

b) The editor won't be as good, unless I get someone at the very start of their career, who understands Moffat and me. I'm lucky enough to have had someone who is very well-known and experienced in the world of publishing as editor for Gibbous House and No Good Deed, who definitely does. However, again, I can't afford her.

c) some of the printing companies used when self-publishing are - ahem - not producing top-quality books. I've heard of pages missing, some upside-down and worse, unless you're a fan of Danielewski's House of Leaves, I would suggest this might spoil your enjoyment of - and my pride in - the book.

But apart from that, will you?

Anyway, these are the things I think about when I grow impatient with Unbound and the whole crowd-funding route. The next thing I should see is finished artwork with spine and back-cover spiel and I should be allowed to show you that when I get it.

Here's your story, well, a story. 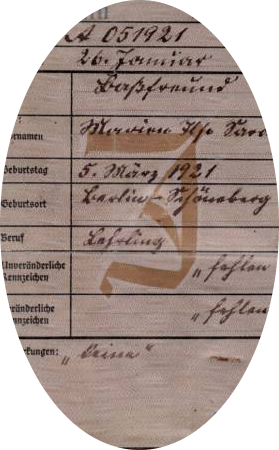 I am the oldest woman for 100 miles. My papers say I am 96. That is wrong by a decade, but none will believe it. Papers have power. Young people – I meet them from time to time – say the web is more powerful, but I disagree. A piece of paper washed the blackest character clean, more than half my lifetime ago. Paper condemned 6,000,000 to death in a few short years. Have you seen it? I’m sure it’s reproduced in facsimile in that Great Nowhere that is on-line: a very boring document. Banal, you might say, although someone already has.

My papers are a construct, as am I. A social construct: society believes that Rosie Guildenstern exists, that the ‘I’ that I ‘therefore am’ is a 96-year-old resident of Golders Green of Sudeten Deutsch extraction. Not quite true: the construct does not mention the Sudetenland – it no longer exists. The papers say Czech-German. Rosie Guildenstern was on other papers, a long time ago. On a list in fact. Lists are dangerous things. Lists of names can be fatal. Your name on a list could mean torture, death or experiments, once upon a time, not so long ago and not so far away.

A young Doctor made a list in that long ago time. She played the woman in the Gingerbread House for many young girls and boys with dark hair and bold noses in their wide-eyed faces. There were no breadcrumbs in the Polish forests and there were no woodcutters, not for these children. No, I did not feel sorry for them. I wish we could have published the findings. Our reports would have advanced medical science at ten times the rate. Besides, nothing to show for children that their grandparents must have missed, I suppose. No paper for the theory, just the lists for the practical experiments. So it was not science: no paper, no proof.

The paper chart at the end of my bed is annotated ‘GPO’ and ‘CTD’. I do not think they believe I worked for the Post Office many years ago. However, I do not think that any of my body parts would save anyone. As for the other, I have been circling the drain for the past year. I wish the water would leave the tub faster.

Six months ago I wrote to the Center in New York. They have a web-site and e-mails: the research students explain these things to Rosie Guildenstern when they are sent by the University. I tell them my family was not ‘frumm’ – which is true since we came from Sudeten – echt Deutsch. I do not know if Rosie Guildenstern, her twin boys or her Oma, Opa and husband were ‘frumm’. But my construct is not ‘frumm’, I have never entered the synagogue and never will. I told the students I had to write a letter to the Wiesenthal, that there had to be papers.

The letter contains everything. All there is to know about another construct called ‘Dr Ilse’. Some of the science too. That is why I wrote to them, to explain. It was science – medical science. I feel guilty because I ran away. I still feel guilty that I could not tell them at Nürnberg. About the science.
---
'Til next time