First and foremost, Thank you all for seeing another Moffat adventure to publication. Without your support No Good Deed would not have existed at all.

As usual, it has taken a while from funding to publication. This inevitably means that real life goes on and things can change. Can I ask you all to do me the favour of checking your address details (there is the opportunity to change the supporter's name in the book too, if you need to) on No Good Deed's page? The list will be closing in September.

As promised here is a story. Today is Adlertag, a turning point in the Battle of Britain, and this story offers a different view of that moment in history. Hope you enjoy it. 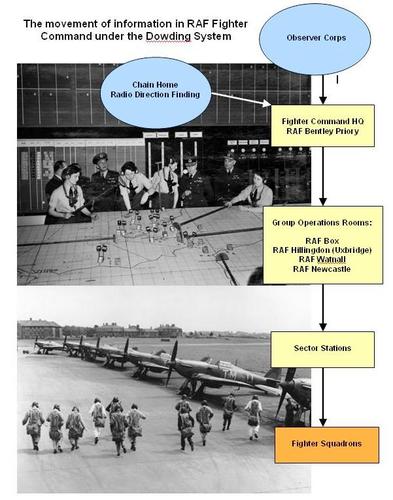 June arched her back and asked Winnie to hold her croupier’s rake. Well, that was what it looked like, though there was more pushing than raking, unlike with the thingamajig they used at roulette tables in the films. The boards were up to date and the tables’ miniature aircraft showed the state of play. The phones were silent. Chain Home stations had nothing further to report, the huge formations had been detected by RDF. June had been in the WAAF three months before she’d plucked up the courage to ask what that particular acronym meant. It wasn’t until she got the transfer to the bunker she’d learned it meant Radio Direction Finder. Winnie still didn’t get what it was, but June knew. People said the Hun didn’t. June hoped they never would. She straightened her skirt. The serge felt like old blankets. Victoria had had her uniform tailored in London, “coupons no object”. They never were. Still, she wasn’t a bad old stick. Great fun in the NAAFI. Always had a few bob to buy a drink, anyway.

A week or two before, the three of them had gone up to town, Victoria knew a club they “simply must see”. In Old Compton Street. It was a dingy little cellar, full of GIs. Negros, actually. Winnie’s face! It really should have been a picture. Everybody was very polite, which disappointed Victoria no end. The music was fabulous, nothing like the tea-dance music on the wireless. Victoria paid for a cab all the way back to Uxbridge. The taxi pulled up at the camp gates, just before the weekend pass ran out. The Erks on the gate had plenty to say for themselves. Winnie gave them the fish-eye and Victoria just told them to come back when they were old enough. June blushed, but then she always did.

It had been the local pub since then. Not ever so local, mind, The Carpenter's Arms. “We must go there, the landlady’s called Miss Ginn, so funny,” Victoria had said, the first time they’d gone out of the camp gates. The three of them had all arrived the same day, a week previous. Of course, they’d palled-up as new arrivals at any station do. Victoria gave Winnie someone to disapprove of, perhaps. Victoria couldn’t have cared less what anyone thought of her. Not even the Station Commander. Some of the other WAAF gleefully spread the rumour that Dowding had been at school with her father, but that was exactly the point. She acted as if Dowding had been at school with her father, rather than the other way round.

June looked up at the clock. Two hours left on the shift. Victoria winked at her across the huge table. June was desperate for a fag. She was down to her last packet. Victoria had shared the ones one of the GIs had given her. Winnie didn’t smoke. The phones began ringing again, the bustle began. More were coming. GCI or the Dowding System would kick in now. Information would be given to the fighter controllers on where the targets were. The WAAF would move the model aeroplanes around the tactical display. Models would be discarded, according to how the engagements turned out. They all tried not to think about what that meant for the pilots, naturally. The shift might not end in two hours, after all. The Luftwaffe seemed to be making an enormous push. It would be hectic, in the air, on the tactical display, in the whole Operations Room.

It was. June’s feet were swollen, her ankles spilling over the sides of the flat uniform shoes, by the time the Squadron Leader said “That’s it, we’ve done it”. The board showed the Luftwaffe’s losses far outweighed the RAF’s, as did the models stacked on the shelves instead of on the tactical display. The next shift had come in bang on time, but it needed the extra man-power to “keep up with the situation” as the Warrant Officer in charge of them had said. Winnie had whispered “Woman-power” and so Victoria laughed, which got her a roasting from the Warrant. The Warrant stood their shift down. Once they’d left the bunker, June and Victoria lit up. They stood to the rear of the building, by the bicycle rack. “Like being at school,” Victoria said. Winnie said she’d like to try one of those American cigarettes. Victoria gave her the packet, then lit her up. June looked at Winnie, eyebrows raised.

‘That was hard work, I deserve something, might as well be this.’ Winnie blew out the smoke like an expert, and then coughed.

When she finished, she said, “One thing I don’t get, why don’t the Germans bomb the Home Chain stations?’

June’s eyes opened wide, ‘You don’t even know what they do!’

Winnie laughed, ‘I don’t think the Germans do either.’