Publication Date: + an excerpt from "In The Mouth of the Bear": The Infinite Scope of Memory 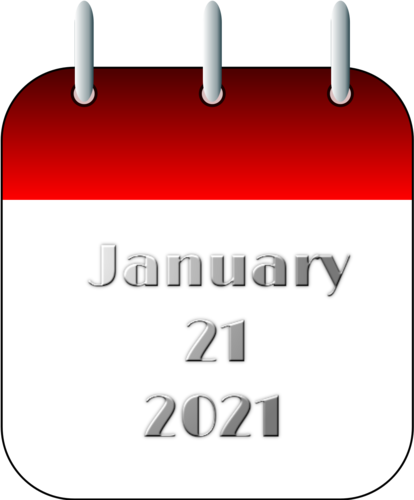 Good morning. The publication date for No Good Deed is 21/1/21, which may or may not have some kabbalistic meaning, frankly I don't care. Still awaiting final proofs and files including artwork to sign off, which should arrive at the end of this month/beginning of next. No more bets are being taken on which, I'm afraid.

Here is some memoir/life writing (it's like autobiography only you make some of it up to avoid litigation).

The Infinite Scope of Memory

Pass me my mnemo-scope,
careful! It’s versatile.
Put it to your mind’s eye;
it’s all the scopes –
from micro to tele –
from minutiae to mediation.
Which one is it,
today?
Like all good scopes
we use it to spy
on the ‘other’.
Here, let’s gather
intelligence
- on that other
country: the past.

FROM THE REPORT: ‘How Could Matthias Rust Get to Moscow?’
BY:
Douglas Clarke, Radio Free Europe
DATE:
1987-6-2
In both the East and the West, people
are asking how it could have been possible for a
young West German student pilot, Matthias Rust,
to fly a light aircraft unhindered through the
vaunted Soviet air defenses.

It’s a grubby, cloudy slide under the scope.

It looked like any large institution’s open-plan office – except for the radio-
electronic hardware. A really close look would tell you it wasn’t a standard computer
room; oh yes, there were huge tape disks and servers the size of small vehicles. But the
detail of the missing punch card machines would give it away. I remember the clouds. Of
dense, aromatic tobacco smoke; Lambert and Butler, Bensons, - Gauloise for the
pretentious few. Everyone smoked then. Tax-free in the NAAFI, why not? One 23 year
old guy affected a meerschaum; he did look like the keyboard player from Sparks,
though. It was a big room to fill with smoke. You could barely see the terminal in front of
you. A hideous brown block of metal, green-screened with a lighter green font; Zenith
Data Systems on a silver metal plate on the side.
It might have been a weekend. Empty seats everywhere you looked: just a few
glum faces in the murk. The rest were enjoying ‘Stand-downs’; gash time off in honour
of the Soviet holiday, 28 th of May, Border Guard Day. We had no pilots to listen to. The
Soviet Tactical Air Force in the German Democratic Republic was having a well-earned
rest; the pilots drinking vodka, the ground crews siphoning fuel tanks to brew white
lightning. How did we know this? We listened: we monitored Soviet radio transmissions;
we heard occasional drunken radio checks on common communications frequencies,
streams of slurred words demonstrating the rich variety of Russian expletives. Every
Soviet holiday was the same; for us as well as them.
The smoke – and the constantly flickering fluorescent lighting – was hard on the
eyes. There were no windows in the top-secret listening station. Top Secret! I remember
once seeing its phallic lines on the front page of the Sun during Geoffrey Prime’s treason
trial; a year later I was working in it. No real work to do; what did we do that day?

Change the slide; turn the knob; focus on the specimen.

Most likely I was listening to a 3-week old recording of a trainee helicopter pilot
making landing after landing at an airfield north of Berlin; tapping Cyrillic keys as fast as
I could. There were always recordings left over to listen to: we filled databases for
faceless bean counters countries away. It would have been about five p.m. Unofficially,
our shift had started a quarter of an hour ago, you had to takeover the reins from the off-
going crew. You came in a quarter-hour earlier for a 30-second summary and a scrawled
note. The hard core would just have been putting their headphones on:
‘The shift starts at five, ok? I’ll start at five.’ Little victories. All they had while in
uniform. I never saw the point.
Jock rolled his eyes at me; six hours of head-melting boredom in prospect. He used
to string out the administrative duties as long as he could, putting off the donning of the
electric hat as long as possible. And he had a hangover; he always did, then. The white
noise and static bursts on the cassette recordings made it worse. Twenty years later, we all
flinch at loud noises and fail to hear the quiet ones.
At this time the transcription desks would have looked like a ‘70s school language
lab, right down to the empty seats. Eddie had a lurid paperback an inch from his nose and
one headset earpiece wedged on the top of his head as far from his good ear as possible.
Steve had his feet up beside the desktop control box for his cassette player.
Someone would have made a coffee - for the dozen or so people there - before half-
an-hour was out. The TV room-cum-kitchen was in the basement. Big Paul McGill
disappeared for over an hour once just to make six brews: but then he did once go AWOL
for three days to work as a labourer on a building site. We all pretended not to see him as
we drove past the Teufelseestrasse S-Bahn station, on our way to work in the Prick in the
Sky.
I would have been working at Teufelsberg for five years - off and on - by then.
Some took it very seriously: I did too. Only now does the absurdity of it all hit home. You
need memory’s lenses to look at the past: the microscope inflates it, the reversed
telescope tells the truth; the past is always smaller, sharpened by distance.

See me: thinner, younger, smiling less. I run to a bench of radio receivers all set to
loudspeaker, a lot of talking; agitated, guttural Russian. It should be brief, hourly checks,
drunk or not. Do I hear panic over the ether? Someone has let the tape recordings run out.
No-one panics in the room. I don’t know what the disembodied voices said. Gone for
ever now. Shrugs all round. Good job the Boss Man has taken a rare stand-down.
‘Dinnae worry’ says Jock ‘It’ll no be the Red Horde heading for London.’
‘We’ll never know now, will we?’ I muse.
‘Who cares who wins?’ snorts Steve. Steve’s dad is the Boss Man on one of the
other shifts.
Jock tells me to reload all the cassette recorders in the room, five racks of 16 plus
some 8 individual recorders at another listening station; unmanned because ‘we’ve been
recording them’. We man-up all the so-called 24-hour posts. The frequencies we monitor
are active for a half-hour or so. It transpires the Soviets want to scramble some assets: the
responses are vague and evasive: and quite, quite slurred. Things go back to normal.
Their periodic radio checks become flat, atonal, perfunctory. An air of anticlimax spreads
to the listeners from the listened-to.
Two more guys come in. In cricket whites, a beer or two to the good after the
match. Sport is good for morale. They’ve heard the boss isn’t in. They’ll hide in the bogs
at shift change and skip out of the building having cheated the Queen of the uniform for
an evening. Little, little victories. They are the highest ranked people in the room.
Hours later, I’m nodding off. Back in the ‘Language Lab’ again. Auditory fancies
coming through the headphones; helicopters landing by elephants - or landed by them.
My head jerks spastically, tape-recording whiplash injury imminent. Someone’s shouting:
‘Hurry, downstairs! Come on, the telly.’
Hauling myself from my seat, as if I can’t bear to leave my vitally important work -
it wouldn’t do for anyone to know I’ve slept through most of a C60 cassette, after all – I
follow the crowd down to the TV room...

Where it was deathly quiet, except for the sound from the TV. In those pre-satellite
days there was no rolling news; no buzz bars ticker-taped world events at the bottom of
the screen. The nightly news was on ZDF, with the usual impossibly glamorous, slightly
S & M, pastel-power-dresser linking the stories: we strained to follow the newscast
German:
‘19 year old Mattias Rust landed his Cessna light aircraft in Red Square earlier
today...’
I looked round at the faces; Steve, Jock, Paul, the Cricketers: there must have been
others – or were others, not these, actually there? Shift the tube and the patterns look
different. A few months ago, in Fuengirola, a 50-something man told me he’d sat next to
me on the back row of the ‘Language Lab’ for six months; I didn’t even recognise his
name.

So, perhaps, Steve sniggered. Maybe Jock’s face was unreadable. I know I felt sick.
It was too near shift change to call in the stood-down personnel. And what good would it
have done?
‘Rust departed Finland and crossed into Soviet controlled Airspace before entering
Soviet Territory 160 kilometres west of Leningrad...’
Jock shrugged,‘We cannae hear that from here... It’s no our responsibility.’
In my head, I was translating his words into Russian.

FROM THE REPORT: ‘How Could Matthias Rust Get to Moscow?’
BY:
Douglas Clarke, Radio Free Europe
DATE:
1987-6-2 1
This dramatic incident has caused the dismissal of the head of
the Soviet Air Defense Forces and the forced
retirement of the Soviet Minister of Defense.
Soviet embarrassment over Rust's choice of a
landing spot--in Moscow's Red Square--might have
been a factor in the severity of the official reaction.

Nice and long, wasn't it? 'Til next time.

[Kaleidoscope was sweetclipart.com free to use; telescope could not be found on TinEye; ditto microscope]