I sent back first proofs with comments last Thursday. The next time I see No Good Deed it will be final-ish proofs that I'll have to tooth-comb for solecisms, spelling mistakes and all and every possible error. At least any blunders in the final product will be mine, but let's hope there are none.

As promised, here is a short piece that was going to be something longer, but in the end wasn't. I spend a lot of time writing about things I can't possibly know. 'Write what you know', they say on Creative Writing courses, well that may work for some, but I suspect Tolkien never ever met a hobbit.  Anyway, see (and say) what you think. 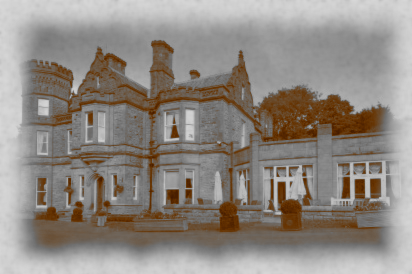 They say everyone has a novel in them. Most are a waste of paper and ink. I do not have a novel: I have a story. Like all the best stories it is something of a lie. It may have happened, but not to me – or not in the way I'm going to tell it. You don't have to believe the story, but you have to believe in it. I hope you will.

The roses in my grandfather's garden lost their heads and my grandfather lost his and beat me. The crime and the punishment are neither of them writ on my conscience. The family say the thorns in my fingertips condemned me before all. They say I did not cry, but that my Grandfather did, afterwards. Grandfather did not live in the Grand House. He had moved to the gatehouse after the Great War.

The first thing I do remember is my fifth birthday. It was Nanny Jeavons' last day – and the day my sister died. Nanny left at midday, to catch the London train from Farshingham. I didn't cry when she waved from the gate house, before she began the walk to the village. My sister fell. I saw it, I saw her. She lay at the foot of the grand staircase like a string-less puppet at the bottom of the toy box. I screamed, it seemed the right thing to do. Witholm – all pronounced it Whittom, I don't know why – appeared, black coat crumpled, trousers creased and celluloid collar askew.

I did as he said, of course. As all good boys do, I knocked at my mother's chamber door. I might have waited longer but did not. Mother's face was quite red, but Horace Arbuthnot's behind was like two pale moons.

Arbuthnot fell out of the bed and I realised that Mother must have been quite strong to throw a large fellow like that off her so easily.

She grabbed my hand, but then stopped as she realised she was quite naked. The gown she picked up from over the back of a chair floated about her as though it were made of thistledown. Witholm was shaking his head before we had descended the half of the staircase. Mother gave a little scream. I was sent upstairs, so I did not see the Doctor or the Policeman, nor did I see Erica again, as the coffin was closed for the funeral at St. Cadwallader's in Farshingham village.

Father came home shortly after the funeral. Horace Arbuthnot never came back, but Father kept to his own bedroom in the west wing of Buller Hall, even so.

Mother quit the black before three months were out. Father said he would not waste money on mourning clothes for an expectant mother. I got a new sister shortly after that discussion, Mother wanted Ethel for a name, but Father insisted on Hortencia as that was his maternal grandmother's name. When Hortencia arrived I thought Nanny Jeavons might come back, but she didn't. We – well she – got a Nanny Sykes, who was as thin as a rail and smelled of cigarettes but not the perfumed ones from Russia that Mother smoked. I don't think Witholm liked Nanny Sykes much either, certainly not as much as he had liked Nanny Jeavons.

Well, there we are. Somerville was the name of a particularly nasty bully at boarding school, by the way. So maybe some of what you know comes in handy.