Competition Winners Get Their Prizes. 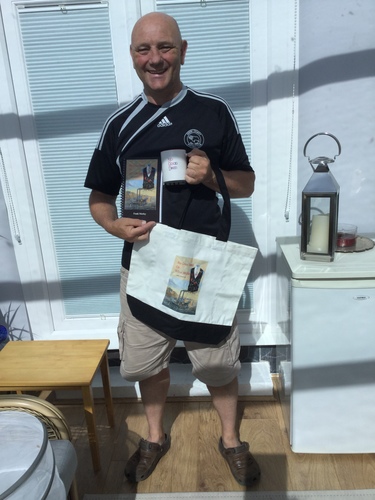 I was relieved to be informed by the competition winner and the 3 runners-up that they had received their highly desirable prizes over the weekend. Here is Frank who was first out of the Beer Stein.

Frank has assured me that all three items will be well-used,  especially the mug by him. Shopping and dog-walking necessities are the tote-bag's fate and Frank has grandchildren who he says will enjoy filling in the notebook with Grandad's Name on the front!

[Image Frank's own, used by permission] 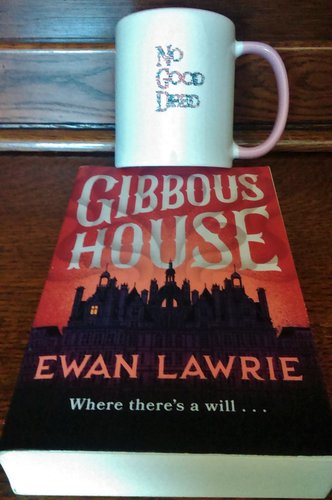 Fellow Unbounder Julie Warren was so pleased with her mug she photographed it with her copy of Gibbous House (also published by Unbound, but you can tell because of how beautiful it looks, right?)

Why not pledge for Julie's fantastic book on the unsung genius behind the Goons? Yakabu! 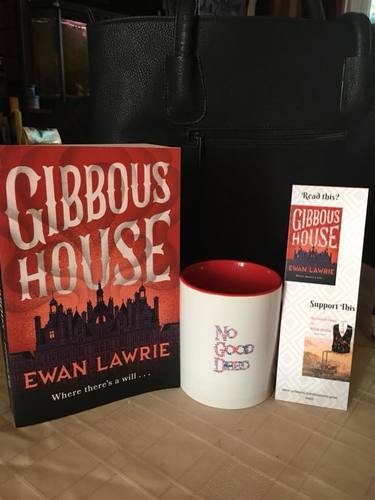 Long time Moffat Supporter, Morven Morley set up her mug's photoshoot with her copy of Gibbous House and a very rare Beggar's Bookmark. I have plenty of those that I am holding back to inflict on English speaking holiday makers in the Mosel, when we finally move house!

Who will be supporter #75? What will their surprise be? We won't know until they front up!
Spread the word about the Moffat sequel, you know what a character he is, why keep him to yourself?

Look out for news of a very exciting and exclusive pledge level soon.!