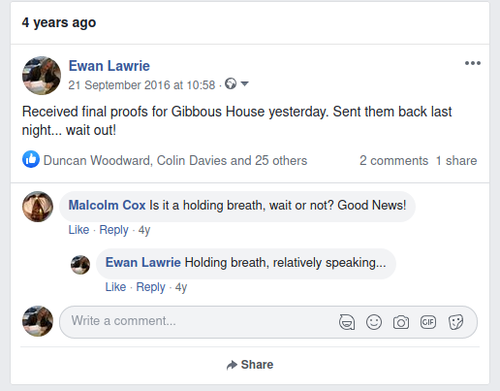 [This is a screenshot of one of my own Facebook posts, Malcolm is a friend]

At the moment, I'm waiting for final proofs for No Good Deed. It's funny how, in spite of the very different challenges faced when getting Gibbous House into the world, the sequel has taken almost as long,and its timetable since final manuscript was submitted has been the same.

Late last week, I put a call out on a local facebook page and on twitter for book clubs in the Halifax area, in which I said I was a local, published writer looking for new readers and had 5 books to give away to a book club. Guess what? There's no book club in my town. However, lots of people replied saying they'd review a book if they could have a copy. I said yes to the first five. On Friday, I walked the length and breadth of my small town dropping books off at terraced houses, suburban detatched homes and a regenerated row of houses in the centre of town, amongst others. It took around an hour. Then I went to the pub. 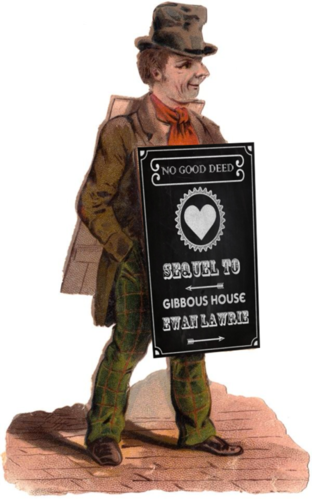 [Waiting for the owner of the original image to get in touch. I did the chalkboard]

Anyway, there's been a little bit of a spike in Gibbous House e-books since then. So Shanks's Pony helped a bit, eh? 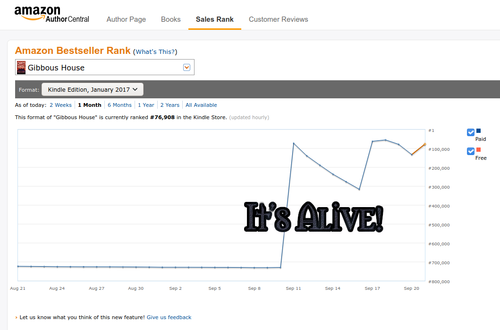 It was a whisper, but my mother left me in no doubt. There would be consequences. At first, she and my father had made it a game.

‘Come on, down to the cellar. It will be fun,’ but her face was pale and I thought perhaps I had done something wrong.

My father put his hand on her back and I followed them down the stairs into the gloom of the cellar of 13 Friedrichstrasse. We sat on suitcases, surrounded by the smell of leather goods. Or at least my mother and I did. My father brushed dust from sundry other leather items. I had asked why they must be removed from the shop. My father had not answered. He merely handed me several lady’s purses to carry into the cellar. I hadn’t gone to school that day. I assumed that it was merely a treat for my birthday.

Dinner was early that evening. The November night had fallen heavily just as the clock in the shop was striking five and so we ate in silence at six in the apartment upstairs. I remembered other meals: when Onkel Shlomo would bring honey-coated teiglach or the sugary-ginger ingberlach. These treats were supposedly for me, but my mother loved them and Onkel Shlomo was aware of this. Schlomo Epstein was my father's best friend. He came every Wednesday. He brought flowers, too. The last time he had come there was an argument, long after dinner. I listened from behind my bedroom door, The urgent voices sounded like angry whispers. I heard only odd phrases or words, 'All go...' 'At least … wife and the child'. The three of them mentioned 'Palestine'. I heard the bell and the slam of the shop door shortly afterward and scuttled to my bed. My mother came and sat on my bed. I pretended to be asleep, so she would not know I heard her crying.

That had been months before the expedition to the cellar. My mother must have missed the sweet things Shlomo brought for she smiled much less.

Down in the dark basement, Vati looked at his watch, 'soon,' was all he said.

My mother began to cry. I gave her a sticky ginger square that I had kept in a pocket for over a month. She took it, but she did not stop crying.

My father held my mother's hand,

That's all folks, here's hoping for some news soon!