Whichever way you look at it, you 34 have taken No Good Deed a fifth of the way to it's target, that is 20% of the way to publication. Thank you! And double gratitude is due to those of you who, having seen Gibbous House to paper and ink status, have generously got on board the Unbound bus again.

Can I ask you the favour of spreading the word? Tell your friends, or share a Facebook post or retweet something, if that's your bag. If not, don't worry. All I ask is that you don't stop the updates from Unbound. I'd like to keep you abreast of developments and occasionally share material from No Good Deed or on other subjects.

Only yesterday I learned of the passing of an old friend. He died in a freak accident on his croft in Scotland involving an escaped bull. He was a very special guy, and we used to laugh about things Scottish and Gaelic when we were far from home, often in bars.

Anyway, one of the things we used to laugh about was the Wee Free sin of wearing... 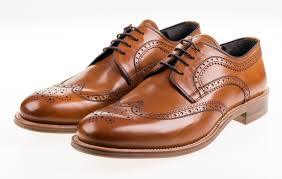 The shoes tap-tapped on the stone flags. It was the only sound in the kirk. The Minister had fallen silent at the opening of the door. Cold air accompanied the newcomer in, colder looks followed his back. There was no whispering. Not in the house of God. But there would be gossip later. The man took his seat on the plain hewn pew. At the front, on the left. Many would have expected him to take the sinister side. Gazes were averted on the bestowal of a smile. Sinful, that. Anyone would tell you.

Mrs McLeod , for one, though an incomer. Her tight lips disapproving, while her fingers knotted in her gloves. Undeterred, the man continued to smile at one and all: from the high to the low, the devout to the hypocritical, the Islanders to the incomers.

The Minister took up the thread of his sermon at last. The rage had gone from his voice; he rubbed his eye with a forefinger from time to time, as if reminded to check for motes. The man of God's dry voice closed his lesson uncertainly and called the faithful to silent prayer. Heads bowed; some more than others. The service was over. Island people followed the minister out into the rain in silence. Hands were hurriedly shaken outside the kirk; enquiries made about the health of loved ones; insincere compliments paid about the preaching.

Last to emerge was the smiling man. The minister took his hand in a fingertip shake.

'Welcome back, Hamish.' he said looking in vain over the man's shoulder. 'It hass bin a long time, hass it not?'

'It has Donald. It has.' His smile grew wider as the Minister's fingertips drew away.

'You'll not be long here?' The gaunt face tried a smile, perhaps against the Minister's wishes.

The laugh was shocking in the teeming rain:

'Are you asking when I came, or when I'm going, Donald?'

'The both off them.' he said

'You are quick to mock the island ways for one born upon it.'

'Donald, Donald. Where does it say in your good book that there should be no music and laughter?'

The man shook his head, pulled the Minister close to embrace him. Mrs McLeod, freed from the vow of silence imposed by the service, gave a loud tut. The man turned to look at the woman.

'Shona, how are you? It's been-' Her pinched mouth opened and cut him short:

She spat on the flagstones at his feet. The minister inhaled sharply, but succumbed to the pull of his wife's hand on his arm. Hamish watched the pair walk down the path to the manse. The minister's head turned at the last, a half-raised hand waved in farewell to his older brother.