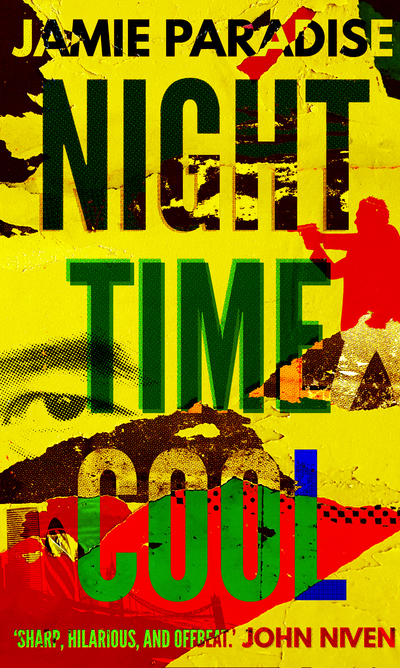 Crime | Fiction
You made Night Time Cool a reality. It's available in all good book stores now.
$15
63 pledges

The Richard ‘Ricardo’ ‘Ricky Me’ Cliff

Parlays an E-book
Choose this reward

The Frederick ‘The Fredster’ Street

The Out All Night At Fabric

Early loose-bound signed prologue-less draft, plus ebook and paperback edition and your name in the Wade Long suite at the front of the book.

Dedication in front of ebook and PB

The sound of the choir hit large. A hundred voices sang Silent Night larger. The tone. The tenor. It floated from Shoreditch Church nave into the vestibule. It was groovy and yuletide-rich. It was orchestral. It pumped senses and sent the world majestic. It had Santa Claus in town and the ages continuing. It was people rejoicing. It was possibility.

Elvis Street is the son who cannot stand his father for being the balls-out crook he caught in bed with his girl.

Elvis wants to take Frederick down and expose and end him forever.

Neither father or son pulls out.

Night Time Cool is the story of WHY.

The Richard ‘Ricardo’ ‘Ricky Me’ Cliff