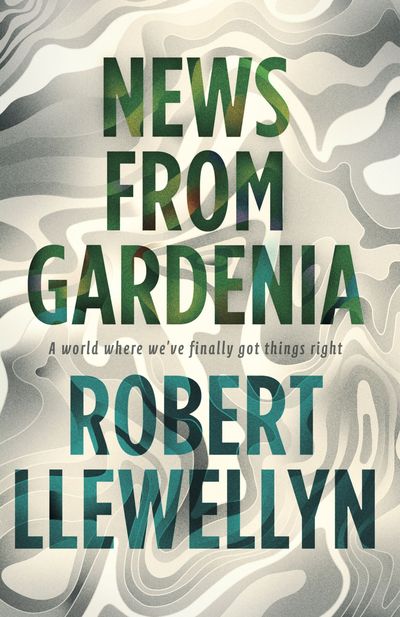 News From Gardenia is a science fiction novel; a man called Gavin Meckler who was born in 1979 arrives 200 years into the future where he discovers a world that is recognisable and yet utterly different.

It's a place where it's possible to travel from one side of the world to the other in a matter of minutes without burning fuel, but it's also a place where everyone is a gardener because that's how they can be sure to eat. It is at once extraordinary and mundane. It is not finished, it is, as in any period of history, a world which is constantly changing, but the changes are sustainable, gentle and by default put people first. As Gavin learns about this new world and the society he eventually becomes a part of, he also begins to learn about himself.

Everything in News from Gardenia could happen, there is no technology in Gardenia that hasn't already seen the light of day. In the current turmoil it could be argued that such optimism could only be suggested by a fool, indeed, such benign developments may not be very likely, but we may need to be reminded that they are entirely possible.