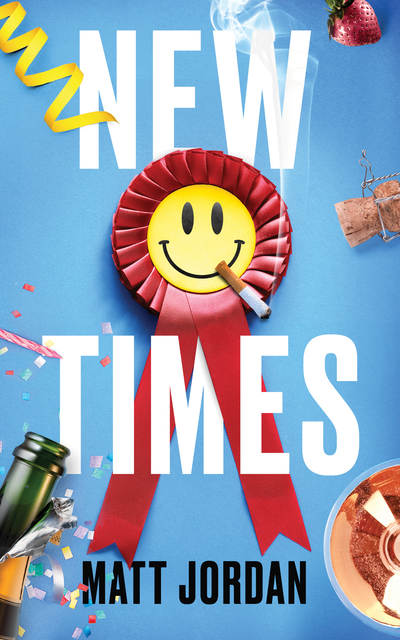 Politics and culture, naïvete and cynicism among ’80s radicals, ’90s Blairites and beyond, from Manchester to London to the verges of Putin's Russia

‘Hmm. So: I can have a life in which the appropriate use of hessian features prominently, both as matter for earnest contemplation and as occasion for ethical one-upmanship, or I can hang out in Moscow and gorge myself on legions of soft-as-satin women with minds as hard and sharp as the diamonds they accumulate. Well, either would be a change.’

‘Ah! The days when slinky women wore skimpy dresses with nothing underneath, and got royally filled with champagne, cocaine, and cock!...you are after a change, then?’

‘Well, I’m pretty sick of my present world. The stupid grabbing for status, which ends up infecting you because, you know, that’s the only game around. I need a spot of transcendence. Or at least a new holiday destination.’

Idealistic young radical Brian Harper meets experienced politico and good-time bisexual Maria Rafferty at a Labour Students meeting in Manchester in 1987, and together they embark on an exploration of Mancunian night-and-day-life. Committed both to politics and to each other, they jointly fall under the spell of Blairite conspirator Terry Gallagher. Thanks to his influence, Rafferty goes off to work for the Mirror before developing a career as an all-purpose rent-a-gob, including a spell as a bikini-clad cultural commentator on Live TV, “a blonde with a firm manner and an extensive vocabulary.” Brian, meanwhile, initially overjoyed to be offered a job as a Labour Party organizer in the North-West, finds Illeshall, the constituency to which he has been assigned, both more and less than he had bargained for, a place where aesthetic aspiration can find an outlet only in the purchase of a new kitchen. Rafferty’s charmed life in media London, consulting an “aromatherapist to the stars” and the like, is not the alternative he is looking for, and his life drifts while his good looks enable him to entangle himself with a series of women – Jo in her Union Jack hotpants, Judy who wants him to put up shelves, Ami the kickboxing scholar of Chick Lit - who fail to fit the Rafferty-shaped hole in his heart.

Preaching a doctrine of modernization and flexibility, Brian is himself unable to adapt to the exigencies of his position: “I’ve found the interesting people here, and they’re boring!” When he is confronted with the prospect of both his father and Rafferty taking mortally ill, at the same time as he is falling out with most of his old friends over the Iraq War, Brian undergoes a profound psychological crisis, and in his distress drinks himself into hospital. After an apparent recovery, his symptoms re-surface when he gets sexually entangled with his MP boss’s daughter, Hermione.

Having escaped to London, Brian bumps into an old flame from Manchester, Juliet Neilson, who once taught him a thing or two about conservatism and is now a Tory mover and shaker, on their “A-List of the brown and the breasted.” Juliet fixes him an opportunity with a notionally non-partisan lobbying company promoting educational privatization. Has Brian got himself back on track, or is he at risk of succumbing to metropolitan temptation? And what is Rafferty up to?