Formerly 'Things We Can't Undo' - Sonny was five when he last saw his mother. At 21, he sets off on a journey to find her.

Narcissism for Beginners and beyond

If there's been a deafening white noise emitting from this page, it's because I've been busy writing the sequel to NfB, but more about that later, and doing my job running the Masters in Creative Writing & Publishing at West Dean, so apologies for that. I'm taking advantage of a bit of a breather to write this message and let you know how our book has been doing in the past year and to show you the new version of the cover for the paperback, which will be published on 20th September, featuring an incredibly generous quote from writer, comedian, podcaster and all-round lovely chap, Robin Ince (see below).

Also, very excitingly, NfB is being made into an audiobook. The actor has been chosen and recording will be underway soon, if not already. Finding the right voice for the reader was an interesting process because obviously the ideal accent would be mid-Atlantic, which, to my mind, could get somewhat irritating over the course of several hours listening, so we went for a not-too-posh British chap.

Besides that, the German publication date is creeping closer and I'll be popping over to do some promo in Hamburg in early July, which is exciting, so I'm brushing up on my A-level German, AND, there's talk of publication in the USA around the end of this year or early next. Will keep you posted.

So, I really want to thank you all again, because without you all having supported this book, none of this stuff would be happening.

I'll be back soon with more news about the US publication, and the sequel, which is almost finished, and indeed the third part of the SoCal trilogy, which I am currently planning and will start writing in the summer. Oh, and here's the paperback cover! 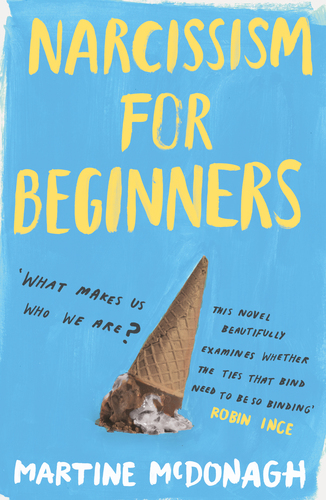 Good to hear everything is going so well Martine :)

That all sounds very exciting! Really looking forward to the next installment.

Thank you Susan, missing you and Soapy on Facebook. Hope you're both well. x

And thank you Sue, I hope you're well. Hope to see you in Manchester some time now I'm back up north! x