One problem I have is that I rarely have a chance to post artwork here. This is for two reasons. First, I've been very busy with other things - writing, mainly - and haven't been able to do much art lately. Second, the artwork for The Boy with Nails for Eyes is basically finished, and so there's little process going on to share, aside from prep for the next volume - and sharing that has already been, admittedly, a little spoiler-y.

So, I've decided that now I've started doing more art from day to day, I'm going to share what I get up to here.

A few years ago I began writing a longish poem, a version of the myth of Actaeon. I never finished the poem - no matter how I approached it, I could never find a satisfactory way of ending it. For a long while I've been nursing the idea of making another attempt at it, but this time telling the narrative as a poetic comic, so that I could draw on images as well as words.

Last week I was given some lovely paper by a neighbour who runs a small company selling gorgeous paper. I took this as a chance to try a new approach to comic-ing, by trying again to finish my Actaeon poem.

I decided to begin, appropriately enough, at the beginning. (If you're impatient and want to see the finished page, you see it here.)

Here's the first verse of the poem.

Tallest of a tall family, grounding note
Of all the streeted song and highest mast
Of all the homes that city, Thebes, called harbour:
Actaeon, cutting the forest, Actaeon, shearing the doughy
Boughs and frothing the green mulch, Actaeon,
Making where he went the slouching woods
Sit up and take notice, he -
caught the moon bathing

These were the lines I wanted to illustrate on the first page.

I began with some charcoal lines on the paper - mainly to break up the page and get over the 'fear of the blank page' stage. 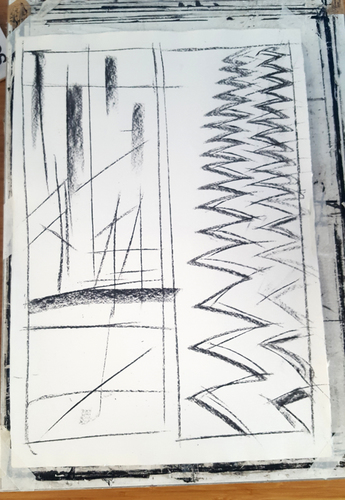 After that, I began tearing up some of the paper I was given (Egyptian papyrus!) and placing that on the page. 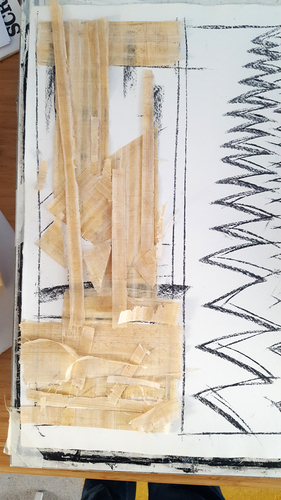 Then, when I was happy, I glued it down. It felt like sacrilege using a gluestick on this stuff, but I was in a hurry. If I'd had more time, I would have prepared some rice glue for this stage. 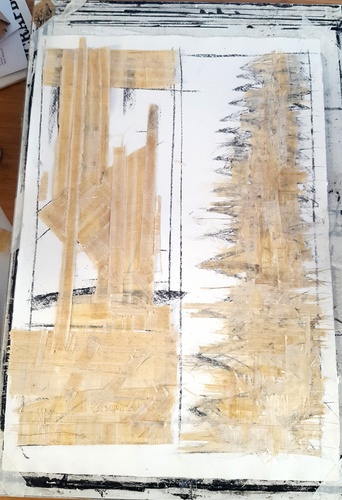 Closeup - look at that gorgeous texture. 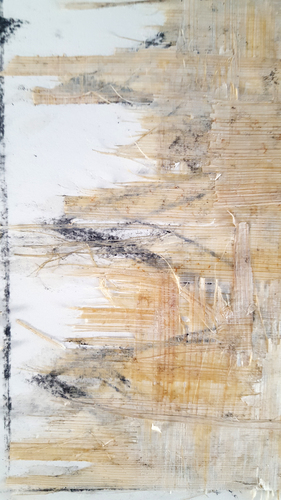 Ink. This is undiluted Indian ink - you can't see it, but the texture of the collaged paper is beautiful in the black. 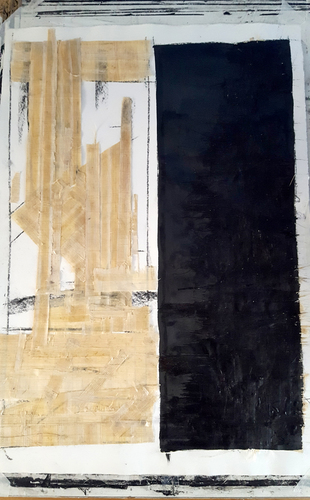 More ink. The panel on the right has had some chalk and acrylic applied. 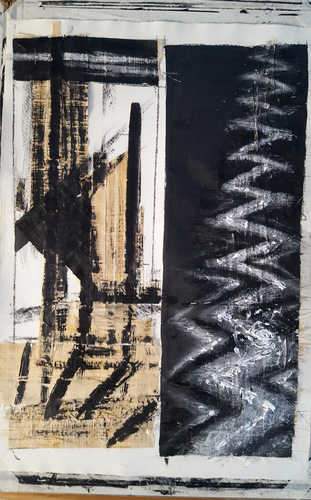 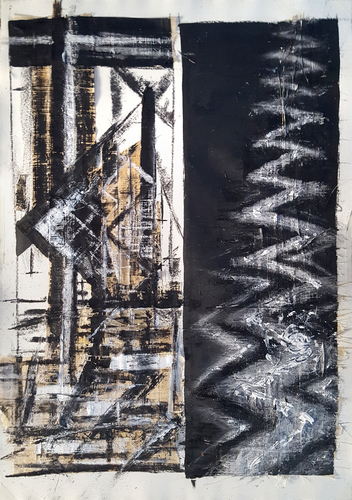 Throughout all this I was trying to follow instinct, rather than trying to think too far ahead - this isn't my usual way of working. All the time I was aware of not doing too much - it's easier to add than to take away, and it's all too easy to break a picture on the rack. I stepped away as soon as I felt satisfied, telling myself that I could work more into the page at a later point if I decided to.

Finally, here's the page with the text in place. 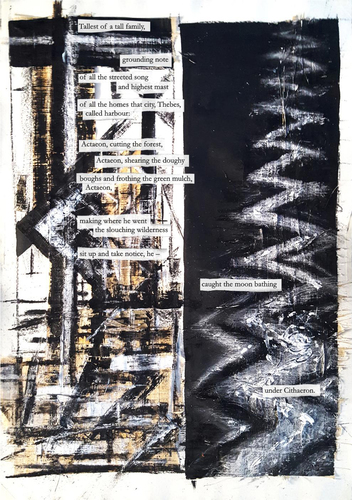 I'll keep posting here as I work on this project more. I have a few ideas for pieces like this, maybe down the line I'll put them out in a book of their own.