Where are the Wikipedia women?

As the era of 'Post-Truth' descends, Wikipedia's reliability as a source of information about the past and the present becomes ever more important for anyone who uses the internet for research. It is therefore disturbing to discover how few biographies of women are included.

My first new Wikipedia entry has gone live – at last. Penetrating the wonders and mysteries of Wikipedia editing has been a long and challenging process, but I feel inordinately proud of the result – especially because the subject of the article is Margaret, Lady Moir, one of the Magnificent Women who founded the Women's Engineering Society (WES) in 1919, and who later went on to co-found the Electrical Association for Women (EAW). You can read the Wiki entry in full by following the link from her name above.

There were almost no published records of Margaret Moir's life and achievements before the Wiki article was produced, but I shall be helping to put this right with a longer and more detailed account for the Oxford Dictionary of National Biography later this year. The image of Lady Moir that appears below comes from the photographic collection of the IET (the Institution of Engineering and Technology), which holds the archives of WES and EAW. Since the photograph was taken more than 100 years ago and we don't know the identity of the photographer, there were no obstacles to uploading the image onto Wikimedia Commons – an essential prerequisite of its inclusion in a Wikipedia article. 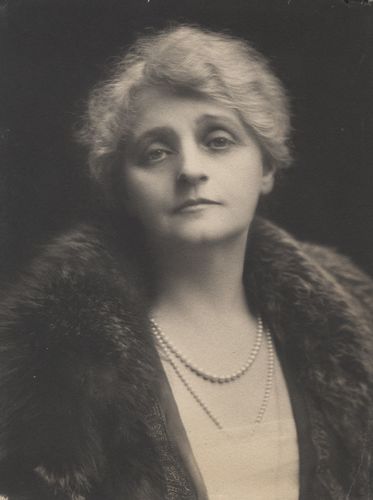 A shocking absence of women

My entry into the esoteric world of Wikipedia was prompted by the desire to correct errors I had noticed in the online encylopedia during the course of my research. Anyone can become a Wikipedia editor, we are told, after learning a few basic rules, so I attended a couple of training sessions, called Wikithons, to find out more.

Having spent most of my professional life as an editor of other people's books, I felt reasonably confident that I could get to grips with this new challenge. Actually, it turned out to be far more difficult than I had imagined, largely because of a lack of communication from the people on the 'other side', those anonymous, shadowy figures who are supposed to be monitoring your work and providing feedback. My life was saved by the intervention of an excellent Wiki tutor – a real person – who helped me to navigate my way through the mire.

What spurred me on more than anything, however, was the discovery that biographies of women make up under 17 per cent of the total number of the individual lives recorded in Wikipedia. This means that, of the estimated 800,000 biographies in the English language, some 136,000 have women as their subjects. Since women make up roughly half of the human race, there is surely something wrong here. These figures speak more eloquently than any verbal argument about the male stranglehold on the historical record.

Another number to toy with is the even smaller proportion of women – around 15 per cent – who make up the huge cohort of Wikipedia editors in the English language, the largest Wikipedia sector. Of 140,000 editors who have submitted or edited an entry in the past month, only 21,000 are women. To consciously use a double negative (and a split infinitive), these two sets of figures cannot be unrelated.

So, I feel that I have struck a small blow for feminism by getting my Wiki entry on Margaret, Lady Moir to appear online. I have also substantially rewritten an existing article on another Magnificent Woman, Caroline Haslett, and I intend to follow this with several more entries in the same vein, including one on the aviator Eleanor, Lady Shelley-Rolls, the sister of the car magnate Charles Rolls. I hope that my fellow writers will add their own entries on notable women to this lamentably lopsided work of reference.

I have not yet located an image of Eleanor Shelley-Rolls. Can anyone help with this?

Excellent and powerful Blog Henri - a call to arms for more magnificent women to have a Wiki entry. Thank you.