So Moonlight won the Oscar for best picture – or, at least, I think it did, after a minor hitch that led to the award being presented to the wrong production team. And a brilliant, heart-rending film it is, with outstanding performances by Naomi Harris, Janette Monáe and Mahershala Ali, who secured the Oscar for best supporting actor.

But the triumph of Moonlight should not obscure the success of another movie dominated by black actors and also featuring Monáe and Ali: Hidden Figures, about three African-American women mathematicians and engineers who were at the heart of the NASA space programme of the 1960s that led to the successful orbit of the Earth by John Glenn. They were (below, left to right) Dorothy Vaughan (Octavia Spencer), Katherine Johnson (Taraji Henson), and Mary Jackson (Janette Monáe). 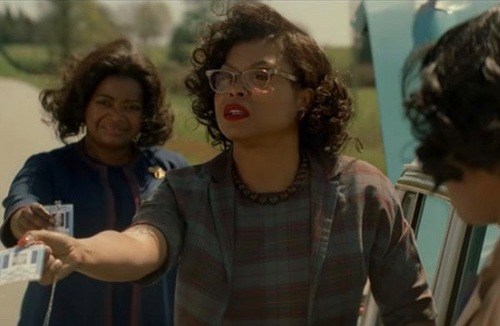 Hidden Figures was also shortlisted for the best picture Oscar, and Octavia Spencer was nominated as best supporting actress, but the cast and film-makers came away empty-handed from the Oscars. By the time of the ceremony, the picture had already made a big impact in the United States, however, taking $165 million at the box office. It was based on a bestselling book of the same name by Margot Lee Shetterly and cost $25 million to make.

The Glenn mission of 1962 was an amazing feat that restored American confidence after the humiliation of defeat by the Russians in the race to get the first man into space. As Hidden Figures makes clear, it could not have been achieved without the mathematical genius of Katherine Johnson and the brilliant insight and managerial abilities of Dorothy Vaughan, who successfully campaigned to become NASA's first black supervisor. Against all the odds, Mary Jackson won the right to train as NASA's first black female engineer.

At a time of unofficial apartheid in the United States, when 'coloured bathrooms' were the norm at some workplaces, all three women had to overcome astounding racism and sexism to achieve their goals, and the film celebrates their success with warmth and humour. On the darker side, although the events portrayed took place more than 50 years ago, there are some disturbing echoes of the racist and sexist attitudes that continue to permeate parts of 21st-century society.

To me, the great joy of the film is that it shows women mathematicians and engineers taking on skilled and difficult tasks and experiencing the thrill of overcoming huge intellectual challenges. It destroys some persistent myths – that women in industry are suited only for repetitive tasks on the production line, for example, and that engineering is all about wearing greasy overalls and wrestling with heavy machinery.

On the contrary, as I hope to show in Magnificent Women, maths and engineering can open doors into exciting new worlds and pave the way for fulfilling and lucrative careers that offer women the promise of real power and influence.

Fab blog. I thought the film was the best film of the last year and was amazed it didn't win. So wonderful that catherinecwas honoured by Obama and is still alive at 98