Mud, Maul, Mascara: How I Led My Country, and Lived to Tell the Tale 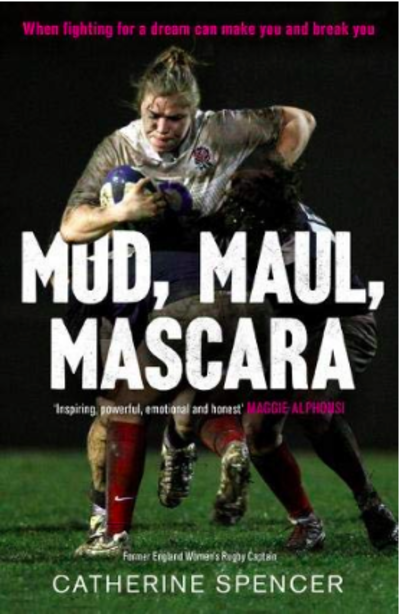 Mud, Maul, Mascara: How I Led My Country, and Lived to Tell the Tale

The inspirational story of a woman who just wanted to have fun, find love and win the rugby World Cup

Longlisted for William Hill Sports Book of the Year 2020

'This pioneering memoir . . . engagingly balances the highs of captaincy and grand slams with striking emotional honesty as to her regrets' Guardian Books of the Year

Catherine Spencer was the captain of the England women’s rugby team for three years. She scored eighteen tries for England, won six of the eight Six Nations competitions she took part in, and captained her team to three championship titles, a European cup, two Nations Cup tournament victories and the World Cup final held on home soil in 2010, which thrust women’s rugby into the limelight. All of this while holding down a full time job, because the women’s team, unlike the men’s, did not get paid for their sport.

Mud, Maul, Mascara is an effort to reconcile alleged opposites, to show the woman behind the international sporting success. Painfully honest about the mental struggles Catherine faced during, and after, her career as an elite athlete, it is also warm, funny and inspirational – a book for anyone who has ever had a dream, or self-doubt, or a yearning for a really good, mud-proof mascara.