By Jason Lowe and Rebecca Rogers

Get a hardback version of the book with your name in the back, among the list of patrons.
Choose this reward
$55  + shipping
9 pledges

Get a signed, hardback version of the book with your name in the back, among the list of patrons.
Choose this reward
$60  + shipping

Cheese toasties at Landrace Bakery, Bath (to the value of £25). Plus you'll receive a signed, hardback version of the book with your name in the back, among the list of patrons.
Choose this reward
$85  + shipping
4 pledges

Get two hardback versions of the book with two names in the back, among the list of patrons. Plus you'll be sent a wedge of cheese from one of the cheesemakers featured in the book.
Choose this reward
$85  + shipping
1 pledge

One signed copy of The Book of St John by Fergus Henderson and Trevor Gulliver, with photography by Jason Lowe, as well as a signed edition of Mould and Culture.
Choose this reward
$150  + shipping

Take part in one of Miel Bakery's popular workshops in Fitzrovia, London. Plus you will receive a signed copy of the book.
Choose this reward
$190  + shipping

Dinner for two at Hix, Lyme Regis. Plus you'll receive two signed copies of the book.

Dinner for two at Quo Vadis, London. Plus you'll receive two signed copies of the book.

Receive an unframed, limited-edition print of one of Jason's images from the book, plus you'll receive a signed copy of the book.
Choose this reward
$300  + shipping

Get two signed, hardback version of the book with your name in the back, among the list of patrons. Plus you'll be given a tour for two of Westcombe Dairy in Somerset.

Help us make this book happen: in exchange, you'll receive a special thanks in the front of the book and ten signed copies of the hardback book.
Choose this reward

Dinner with a friend at the Rusty Pig in Ottery St Mary, Devon, plus you'll receive two signed copies of the book.

Dinner for two at St John restaurant in Smithfield. Plus you'll receive two signed copies of the book.

The award-winning food-and-drink photographer Jason Lowe and writer Rebecca Rogers celebrate the UK and Ireland’s diverse dairy heritage by sharing the stories behind the cheesemakers in the UK and Ireland who are making a difference today.

British and Irish artisan cheesemakers are modern day alchemists, who sit somewhere between craftsmen and scientists. They weave together traditional techniques and technology to make some of the best cheese in the world. Yet this is a world that is increasingly under threat as a result of industrial farming and mass production, regulation and changing tastes. 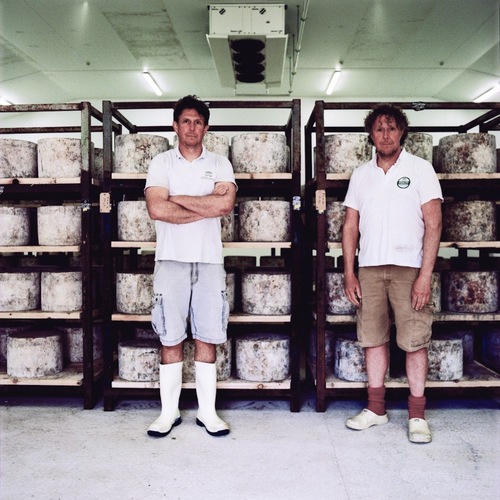 Mould and Culture celebrates some of our finest cheesemakers today. Rogers and Lowe have chronicled the experiences of more than 50 cheesemakers in this book. Among them are pioneers in the field, such as the Blackwood Cheese Co (pictured below) who began to make an award-winning Persian feta-style cheese in Kent, as well as dairy dynasties like Keens Cheddar, who have been making exceptional cheddar in the South West since 1899. 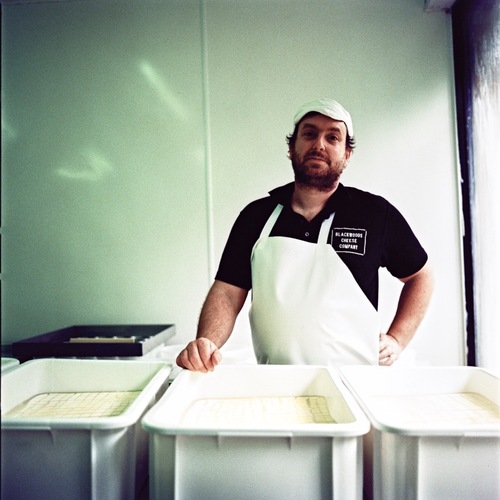 The authors explore why these cheesemakers have chosen to stay beholden to artisanal values when big business and factory production makes so much economic sense. They also share stories of what unites and divides this diverse dairy community that spreads from the tip of Cornwall to the Isle of Mull, from Cork to Kent. 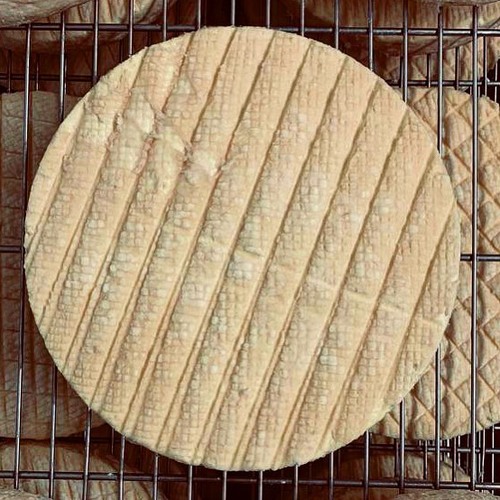 Along the way, you’ll also learn more about the many unusual rituals and traditions that surround the cheesemaking world. In Gloucester, for example, local residents still welcome in the Spring by chasing an 8lb wheel of cheese down a hill at breakneck speed. You’ll also learn how the cheesemaking world is learning to innovate: at Westcombe Dairy in Somerset, for example, you’ll find “Tina the Turner” (pictured below), a robot who dusts and turns the Cheddars. 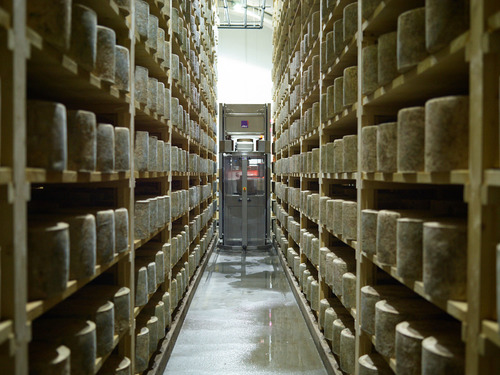 Mould and Culture isn’t simply a book about cheese and the people who make it: it’s a celebration, in photographs and words, of a world rich in tradition and ritual, stories and characters, which haven’t been documented in this way before. 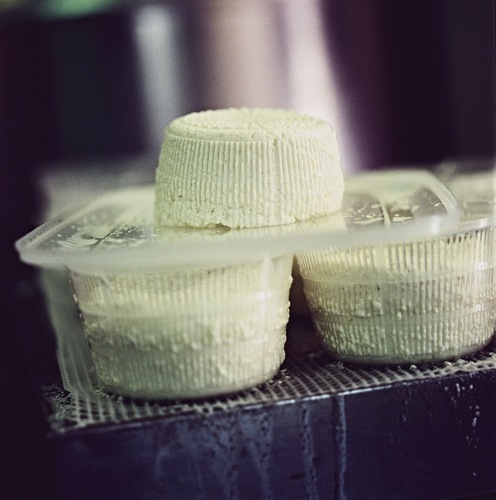 Why we wrote this book

Rebecca Rogers writes: “I have worked in restaurants for many years and have always looked for the most interesting and authentic cheeses. I love sharing their stories at the table.  I first decided that there was a need for this book when recounting visits to dairies to my friends, who were awed by the extreme dedication, precision and artistry that went into making their favourite cheese.

“I met Jason Lowe when working for the Fine Cheese Co. His work as a food photographer has taken him around the world. He has chronicled artisanal practices on every continent. He is also a committed cheese lover and has been planning a book of his own for over ten years.

“During both of our careers, we have had the opportunity to work with exceptional chefs who promote artisan producers through their restaurant.  These chefs are often instrumental in introducing and championing new and unsung cheese and have been eager to contribute to the book. In each region we will invite chefs such as Mark Hix, Simon Hopkinson, Josh Eggleton, Jeremy Lee and Fergus Henderson, to contribute recipes that showcase their favourite cheeses.”

Images:Todd and Maugan Trethowan from Trethowans Dairy; Blackwood cheesemaker Dave Holton; Gubeen, which is made in Co. Cork by Giana Ferguson; Tina the cheese-turning robot at Westcombe Dairy; Homewood ricotta. All images by Jason Lowe.

Cover illustration is not final. All pledge levels will be fulfilled once the book has funded and been released.

Get a hardback version of the book with your name in the back, among the list of patrons.
Choose this reward
$55  + shipping
9 pledges

Get a signed, hardback version of the book with your name in the back, among the list of patrons.
Choose this reward
View all 13 rewards